TazneemMusic + Musician in Vancouver, BC 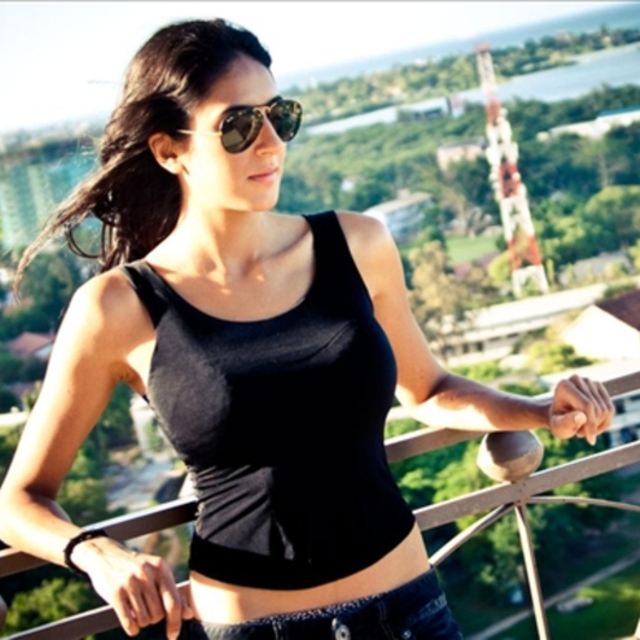 A singer-songwriter who has recently had the opportunity of completing two albums in Tanzania--one English and the other Swahili – Tazneem has successfully made her scene in East-Africa. Performing recently for the Zanibar International Film Festival in July 2012, and coming out with her new hit sensation Kwasa Kwasa, her music has been recognized as her own lively, unique sound – a blend of her Western and Indian musical backgrounds. Characterized by lovely soprano vocals, sweet melodies and dance beats, her new hit sensation Kwasa Kwasa resembles luscious dance music from the Congo in both English and Swahili.

Tazneem Tarmohamed has composed all the Swahili lyrics and melodies on the albums while working with producer Tudd Thomas who produced the majority of her tracks. She has also been working with Nash Designer, Muki, and Barnaba - remixing a beautiful track with acoustic blends called “Kulia.” Tazneem has just completed the production of her first music video for the first Swahili single release. Working independently, she has received an incredible response from industry folk in Tanzania and as a result her first single will be released on all local radio stations and TV. Tazneem is influenced by a number of international musicians, and would love to collaborate with some hip-hop artists, such as Fid-Q, with whom she spectated during ZIFF, and D’Banj.

Connecting to various places around the world, East Africa has always been the closest to her heart. When she went to Tanzania, she was just exploring the scene. Running into THT, she was encouraged to try something new. Her first session in the studio felt like a beautiful experience. Tazneem is influenced by a number of international musicians, and would love to collaborate with some hip-hop artists, such as Fid-Q, with whom she spectated during ZIFF, the largest East-African film and arts festival. She is also influenced by D’Banj. During her visit in Tanzania, she found inspiration through emotional experiences of love, loss, and relationships. She feels she has found an incredible amount of acceptance and encouragement for one so as a foreign artist. Tazneem has worked with local talent, and has reflected messages of pains and joys in her music. In the next 5 years, she sees herself as a successful international artist, representing Tanzanian music. Two environments Tazneem finds that channels her energy is being alone in her bedroom, and writing on the spot in the studio with her producer. Tazneem would love to be able to use her exposure as an international artist to help Tanzanian artists/producers gain the recognition they deserve.