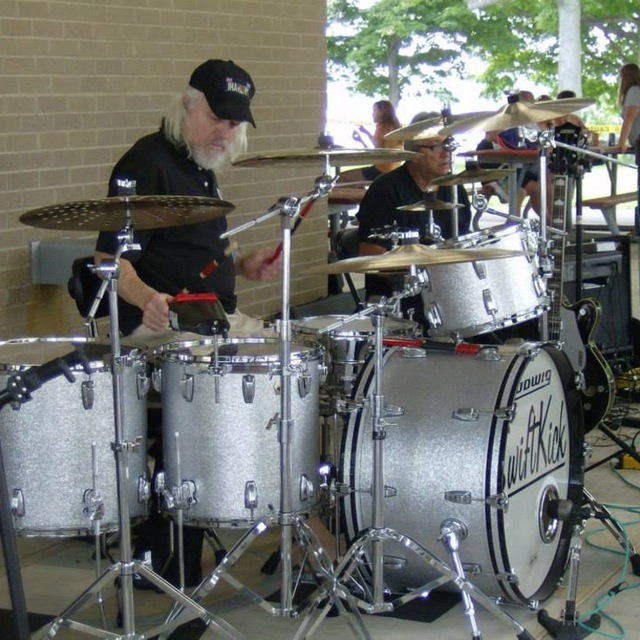 Looking to play occasional gigs within about a 160 km radius of Kingston, Ontario. I am retired and having played in bands full time in my younger days had to give it up after marriage and kids happened. Started playing again a few years ago after retiring from my job of 30 years. Would be available for practice 1-2 nights per week and gigs about twice a month. Presently I am drumming for a part-time blues/classic rock band (SwiftKick) that does occasional gigs mostly in the Kingston, Sydenham, Belleville areas. Being retired I have time for more music and would like to gig more often.

I have 5 full sets of drums, all top of the line Ludwigs. One is a Vistalite kit from 1976, another is a new classic maple kit I bought in 2014. I also have a set of Classic Maple Ludwigs in Natural Maple Thermo-Gloss finish and a Ludwig Breakbeats kit for small venues.I also own a full set of drum mics, a 24 channel mixing board, 2x1000 watt PA speakers for larger venues and outdoor events.