bobhunt + Musician in Waterloo, ON 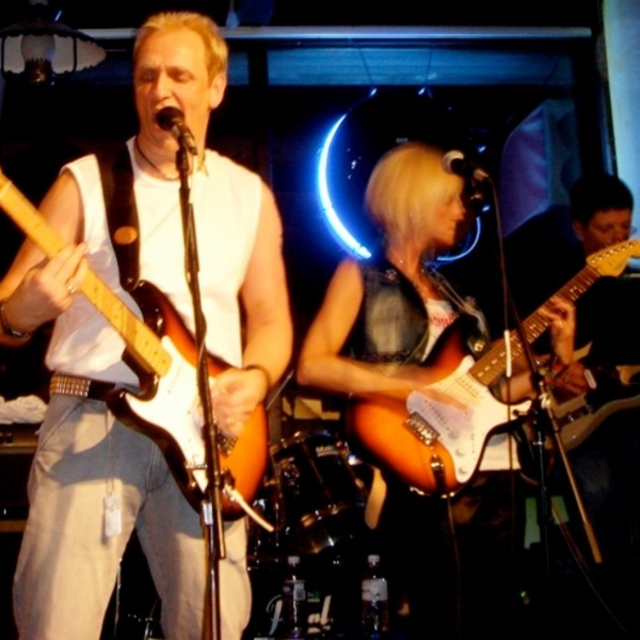 As you can see from the picture I am a lefty. Hardest thing about being a lefty is the limited number of guitars you can try and buy. Solid rhythm guitarist, more than adequate lead guitarist, and riffs a specialty. Played in a band when I was much younger (and less wiser), returned to it now as family has grown up and free time has increased. Currently playing in a band called Straight Cut.

We formed around 2 years ago and have replaced singer and have a new keyboard player. Makes the band very different. Average age of the band is 40 something. Have recently started writing our own material, but our sets are largely covers of classic rock hits ranging from Led Zeppelin, AC/DC and Pink Floyd to Stone Temple Pilots, Green Day and Staind. We have an eclectic mix of covers that represent the different styles and influences in the rest of the band.

Pink Floyd, Led Zeppelin are my guitarist influences, but others are too numerous to mention. Beatles, AC/DC, U2, David Bowie are ones that spring to mind. Almost any type of music can influence me both lyrically and musically. Dark Side of The Moon is still in my top 10 albums of all time along with Led Zep II and IV.