Snowmaiden + Musician in Hamilton, ON 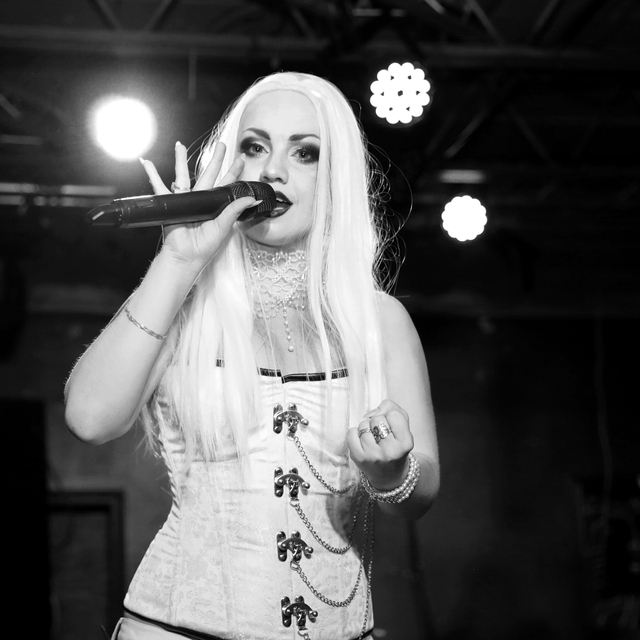 FIND my MUSIC at :
https://snowmaidenofficial.bandcamp.com/

If you'd like to collaborate for songwriting, YouTube covers or any other artistic inquiries,
please message me on my facebook page. I'd be very glad to join forces with other talented musicians."

Alina Gavrilenko (Snowmaiden) is a Russian born Canadian Soprano.
She began her musical journey as a piano major at a music school in Kamchatka, Russia at the age of 6. In addition to piano she has become a working choral singer, and has performed for all types of professional, chamber, classical, church, and contemporary choirs for the past 16 years.

Her family moved to Canada during the summer of 2011, where she pursued a full time education in vocal performance and vocal lessons with renowned professional opera singers, such as her current mentor, Canadian baritone James Westman. She has competed in multiple classical vocal festivals and competitions, walking away from several with a win.

Her ties with the operatic world grew strong ever since joining the Canadian Opera Company’s summer camp programs. In February 2017, she would debut as one of the principal performers in Mozart's German Opera "Magic Flute" as the 2nd Lady. This particular production of UWO Opera has been since seen by over 2000 people and her performance was praised critically. She also toured through Ontario with LeChoristes and Rajaton members. In the spring of 2018 Alina, received an honours degree in Classical Voice Performance and Bel Canto studies after 4 years of performing solo recitals, choral concerts, operas and working as a choral scholar soprano in the New St James Church, London.

Heavy metal has, however, remained at the heart of Alina’s passion. This was evident in her constant involvement with metal projects throughout the tenure of her academic career at the Don Wright Faculty of Music at Western University. In addition to lending her vocals to various local projects such as Nachtmuse, Battlesoul, Haven Dream and her rock cover band Casual Encounters, she has also performed in opening slots for metal giants such as Leave's Eyes, Omnium Gatherum, Alestorm, Gloryhammer and Sonata Arctica.

Since this, 2018 has marked particular highs in the young soprano’s career, seeing her vocals on stellar cinematic metal effort DiAmorte- “The Red Opera” alongside the likes of Symphony X’s Mike Lepond, Michael Romeo and Them/4Arm/Sylencer’s Markus Johansson. The full cast recently performed this metal opera album live in Chicago in November 2018.

All sights are set on 2019 as Alina looks to go into the studio with co-collaborator and guitarist Lucas McArthur (Solarus) in a joint effort to bring their first full length original effort, Snowmaiden to life. The album will be a “conceptual exploration of the melancholy winter tales of the ‘Snowmaiden’.” McArthur has helped in bringing this vision to life alongside local talent, Nathan Gross, Spencer Creaghan and Sean Dowell (Borealis) as their producer.

Alina continues to be as involved as ever with the metal scene to various degrees. Whether it is guest performances with Canadian metal acts Protokult, Elderoth or Astaroth Incarnate with whom she currently works on the new material, recording Youtube metal cover videos with global collaborators, or photographing events under her self-managed Northern Luna photography and doing alternative modeling, her moniker of Snowmaiden has been recognized in the Ontario metal scene and will surely grow in years to come.