Roger Chong + Musician in Markham, ON 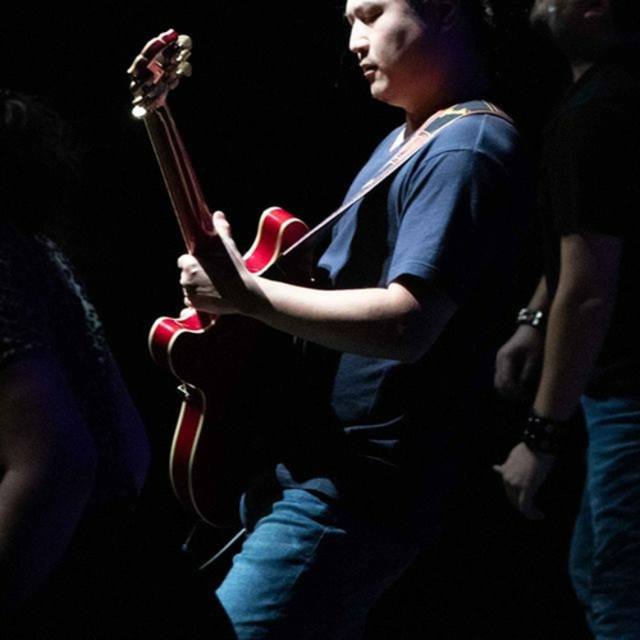 Born in Hong Kong and grew up in Toronto, Canada, Roger Chong is an award winning jazz guitarist, composer and educator who had garnered critical acclaim and praise for his work, as showcased in his five self-produced albums thus far. His quartet's latest album, Funkalicious, was nominated for a Toronto Independent Music Award two years in a row and won two Silver Medals at the Global Music Awards, which is not surprising considering the popularity it has received from radio stations in both Canada and the US.

Formally trained at York University in Toronto, Canada, Chong had the opportunity to study with a list of renowned jazz musicians in the Canadian jazz scene. His mentors included jazz guitarists Roy Patterson and Mike Cado, as well as Time Wrap founder and bassist Al Henderson, who led the York University Jazz Orchestra that Chong was a part of.

Nowadays, The Roger Chong Quartet keep busy with performances all over Ontario, with appearances at jazz festivals (TD Toronto Jazz Festival, TD Downtown Oakville Jazz Festival, Newmarket Jazz Festival) and intimate jazz clubs (Trane Studio, Rex Hotel Jazz & Blues Bar, Gate 403), as well as corporate events. Audiences who purchased CDs from these shows knew what they saw was exactly what they would get, as Chong and his quartet were known for recording their albums live off the floor with minimal takes.

Chong also lend his musical talents to various big bands and jazz orchestras, as well as making regular and guest appearances in groups that are as diverse as funk bands, world music groups, and Catholic choirs. When he's not performing, recording or composing, Chong is a certified teacher who lead band programs at various elementary and middle schools with the Toronto Catholic District School Board, and teaches private guitar lessons.

Perhaps Mark Rheaume, music director of the Canadian Broadcasting Corporation, said it best when describing Chong's music. "More and more, Chong is reminding me of one of the greatest jazz guitarists of the 1960s - Grant Green, which could have you asking "The early traditional jazz Grant or the later funkified Green?" The answer, and the good news, is both. Chong's music veers between numbers schooled in the bop era sound to full on funk workouts. More jazz fans need to know about Roger Chong!"

Enough pro quality gear that allows me to work professionally.