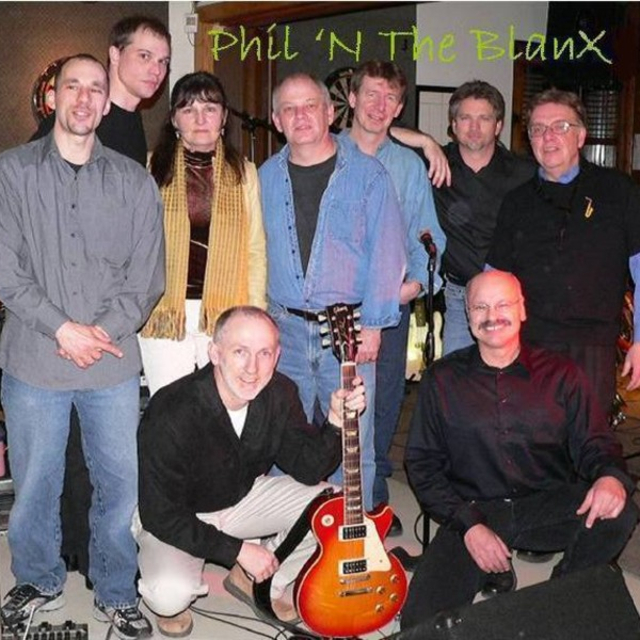 Phil'n the Blanx began in 2002 as joint project of a gtroup of experienced musicians in London Ontario with a passion for the blues and all its children. As Muddy Waters once wrote, "the blues done had a baby , and they named it rock and roll." Playing live, the band plays an energetic mixure of traditional blues, rock and original tunes...with a fun smattering of country, jazz and recognizable songs played in a unique way.

Phl'n the Blanx is a large band, with a wide variety of sounds and sights. Our lead singer is Katherine McEwen, but all the band members also sing a song or two. Along with the typical bass, drums and guitar found in all blues bands, we add sax, harmonica, piano,organ, mandolin, slide and percussions. Although we are well rehearsed, we add improvisation during the show to add spice to the music, and to allow us to go with the audience. We've been playing local bars, clubs and private events since our inception.

Phil'n the Blanx is a band that loves music, loves to play and loves to entertain, and we are thrilled to be playing.

Christmas party for engineer staff of University of Western Ontario