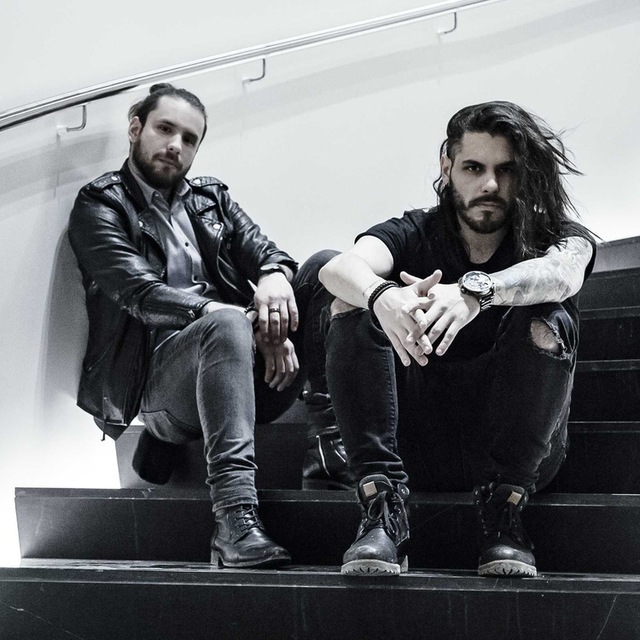 Pronounced Or-chid, and based out of Montreal, Canada. ORCHAD is an Alt-Rock/Pop band consisting of vocalist Julian Hannus, and Lead Guitarist Justyn Vynn. Looking to evolve the modern rock sound from rehashed rhythms, and ideals, the ultimate goal is to marry Rock, Pop, and Hip-Hop in a genre defining way. Dropping a 6 song E.P. “Vices & Desires” in late 2018, with it’s lead single and fan-favorite “Vanity”. “Vices & Desires” lives up to it’s Alt Rock sound, but with subtle hints of modern pop influence. With the reaction to “Vanity” and the E.P. ORCHAD, having worked on their sound, went back into the studio to record 2 follow up singles, “Immaculate” and “Well on The Way”. “Immaculate” A riff based Alt Rock sound with a dance groove, and “Well on The Way” A 90’s Piano/Guitar call back with soaring vocals, and guitar leads. Working again with Producer Kevin Jardine, ORCHAD, having been inspired by Artists and Groups of the 00’s has just released their latest single “Critically Ashamed”. Being featured on Global News, and premiering on CKUT Montreal FM radio, Montrealrocks.ca, and taking the top song 2 weeks in a row at Canadianbeats.ca, getting featured on ReverbNation's front page due to the crowd response to the track. Find us on Facebook, Instagram, YouTube, Spotify, Apple Music, leave a message for any inquiries.