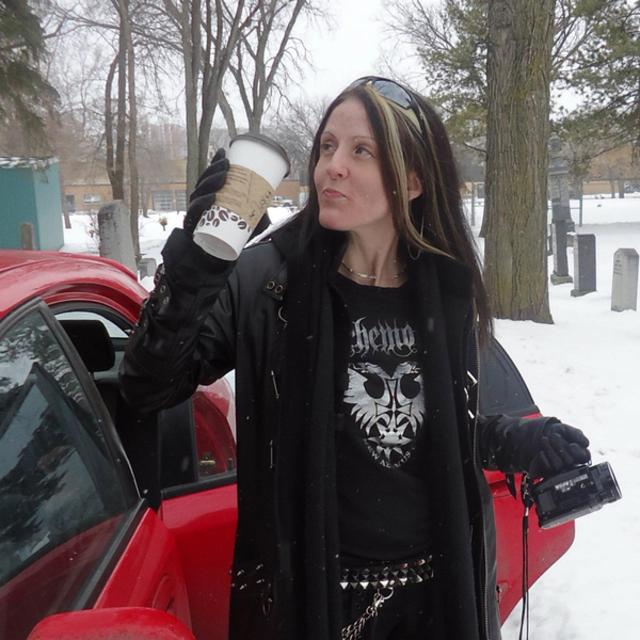 At night and on weekends create videos for musicians and other artists / events through my company Racing Decibels.

In the past I was the lead guitarist for Charna's Hel, artist manager for Necrobiosis (which is mainly how I became so involved initially in the local music scene), and briefly the second guitarist for Black Axis. Thanks to the people who gave me the opportunity to do video and management work it has enabled me to help bands in several provinces and take video at Inferno â€™09 in Norway.

Some other randomness is that I started out in music with classical piano, and I've taken some music business and theory courses.

At first I may seem hard to approach but I'm quite easy to get along with and open. ^_^

Thereâ€™s a great deal of variety with the music I enjoy. From the various sub-genres of metal, industrial, instrumental guitarists, gothic metal, and sometimes some lighter genres like synthpop/ebm/gothic rock/darkwave/futurepop. As far as actually playing music I prefer melodic dark metal and Nachtterror is definitely my strongest influence.

Hereâ€™s a list of some of my more favorite artists:

BC Rich Bich Special Edition Web in Drop C with a Blackout in the bridge position and EMG 85 in the neck position.