kaitiesly + Musician in Vancouver, BC 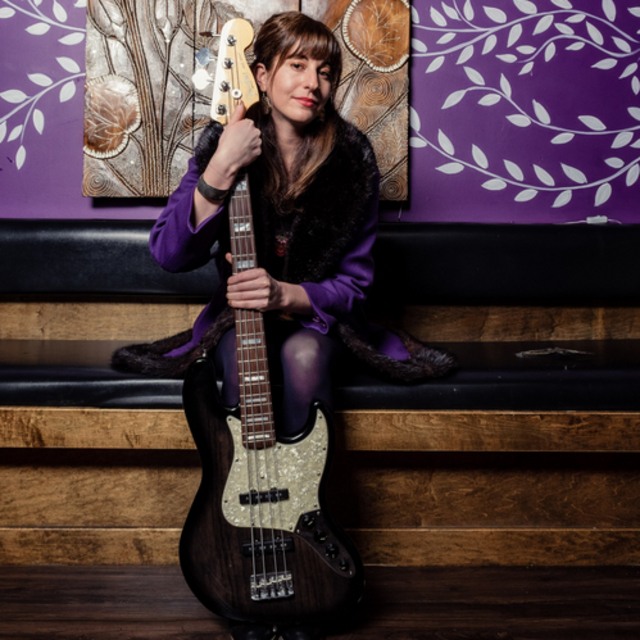 Growing up, Kaitie had always identified as an artist. Initially delving into visual arts, Kaitie worked in drawing, ceramics, and metal art, before gravitating towards music at the age of 8. From this age Kaitie began her career as a performing musician on piano, vocals and bass. Sly has now worked as a session musician and performer in Canada, the US, and the UK for over two decades. Her expertise on the bass have earned her recognition on the player spotlight of www.notreble.com. Other highlights include the chance to perform with Motown Superstar, Martha Reeves, and at the famous Cavern Club in Liverpool, UK.

As a music educator and author, Kaitie has published a series of electric bass method books, Beginner Series: Bass Method, volumes 1-6, which have received high acclaim from some of the industries top bassists and bass educators. These books were a culmination of her many years experience as a private music teacher on both upright and electric bass. Her books are for sale worldwide through Amazon.com and Barnes and Nobles, and are the exclusive curriculum for US Music Lessons in San Diego, CA. In addition to her book series, Kaitie has worked as a bass curriculum design consultant for Fender's new online music lesson platform, Fender Play.

Sly attended the renowned Musicians Institute in California to study under the likes of some of LA's top session musicians. There, Kaitie received an Associates Degree in Bass Performance, as well as the Outstanding Student Award upon graduating from her program. Her success from the program is now featured on the school's website. During her time in LA, she collaborated with a variety artists including but not limited to: top female EDM artist, Mimi Page; the Controversy band; The Khourys; and many more.

As a composer, Kaitie has worked with a music licensing company in Los Angeles. Her music has been featured in many videos for Canadian corporations, post secondary institutions, and the Province of British Columbia. Kaitie specializes in soundscape composition, an area she delved into during the completion of her MMus in Music Technology at the University of Victoria, where she completed a research creation project using infrasonic and ultrasonic sound from field recordings.

?Having received her Bachelor of Arts Degree with Distinction in Digital Media, Kaitie has also explored the areas of filmmaking, animation, photography, web design and sound for film. Her short film, The Quantum Mask, was officially selected at the Doc Sunback Film festival in 2016, and at the 8th Annual International Inter University Short Film Festival in 2016.

As a singer/songwriter and recording artist, Kaitie's music has been featured on Rolling Stone with her project, Syreim. Kaitie currently writes and performs as a vocalist and bassist with her solo project, and performs as a freelance bassist in the Vancouver area. She was recently awarded an artist residency in Budapest, Hungary, at the Spatial Sound Institute to work with spatial sound and their 4D SOUND system in 2020. Kaitie is now a PhD researcher at Simon Fraser University where she creates artistic works to raise awareness about the health impacts from inaudible noise emissions from human generated sources.