James Evans + Musician in Toronto, ON 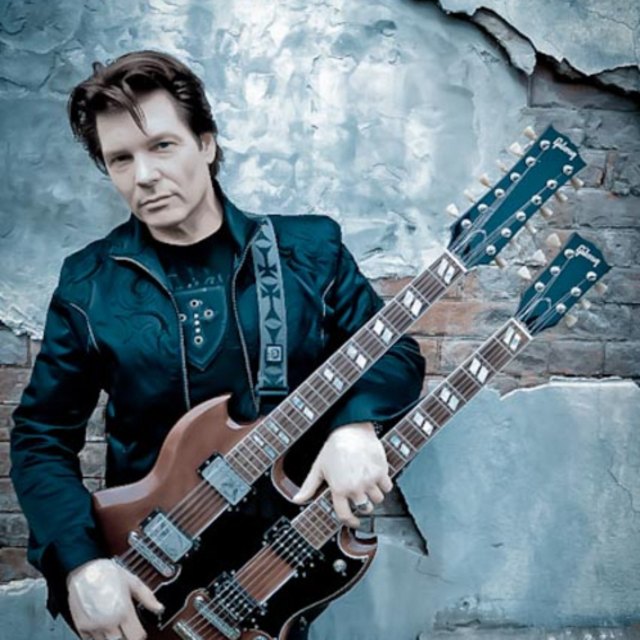 From frozen lakes to the ZepOcean

“It all started with that tone. The string vibrating over the fret board, being sustained over the bridge and sending these coloured frequencies into my ears, giving me a picture to the movements of those sounds to phrases.”

That comment from guitarist, composer and producer James Evans perfectly describes the passion James has for his instrument of choice and the impact it has made on the Canadian musician.
And it’s a passion that started from a very early age…

Born in Windsor, Ontario, James was introduced to the guitar at the age of five.
By nine he had achieved Grade 5 in Standard Guitar.

When James was fourteen the Evans family moved to Pinehouse, Saskatchewan where the young teenager was introduced to Country, Fiddle and Jig music.
The precocious six-stringer entertained and competed in ‘best act’ contests at the town hall before a move back to Windsor saw James playing rock music with various three-piece high school bands.

By sixteen James was back in Pinehouse, playing guitar - and driving trucks (graduating as the youngest ever to become licensed at age seventeen).
James found the isolation of driving through such beautiful surroundings an amazing experience and one that greatly built his character, but music was never far away…

James played guitar in The Roy Corrigan Band and the rock band Danger Street before a move to Prince Albert led to James playing heavy rock and pop.
Returning home once more to Windsor he played in a number of heavy rock and metal bands and began classical training.

By the mid-80’s James was playing with Motown R&B band City Beat and in 1985 he appeared live on radio and cable TV for the African Relief Fund.

In the late-80’s and early-90’s, while recording and producing music for other bands, television and radio commercials, James became captivated by computers.
In 1991 he obtained a Computer Technologist and Business Administration diploma and began laying the foundations of YSC Systems, which grew to become a successful computer wholesale, research and systems integration company.

But James never downed tools on the creation of music…

In 2001, the same year he sold YSC Systems, James released the mini-album Tradewinds.
Consisting of original, instrumental pieces Tradewinds was a musical expression of the years James had spent travelling and playing the guitar. It was infused with interesting musical accompaniment, including saxophone and world percussion. James also played Chinese Zither on the album.

James then became involved in a number of musical productions including designing entertainment programmes for corporate events and the development of musical themes for product launches and award shows. He also produced a number of independent Canadian artists.

In September 2010 James released his full-length solo album ZepOcean, an instrumental rock album highlighting the guitarist’s rock chops.
The album included contribution from Brian Doerner on drums (Helix, Saga), Steve Hogg on Bass (Ian Thomas Band) and mixing by Richard Chycki (Rush, Aerosmith, Pink).
The quality of songs and performance is best exemplified by the fact that shortly after the album’s release the song After Burner won as a semi-finalist for the International Songwriters Competition for 2010. The competition involves around 110 countries and over 15,000 artists.

Only one month after the arrival of ZepOcean, James released Transform, a solo guitar and sitar mini-album.
The tracks on Transform showcase a very different side to the guitar tonalities of James Evans – each piece was completely improvised and recorded live with no overdubs or edits.

James Evans has navigated frozen lakes and followed the Tradewinds to sail the ZepOcean.

But more musical adventures await, as yet uncharted…