Gabriel Palatchi + Musician in Toronto, ON 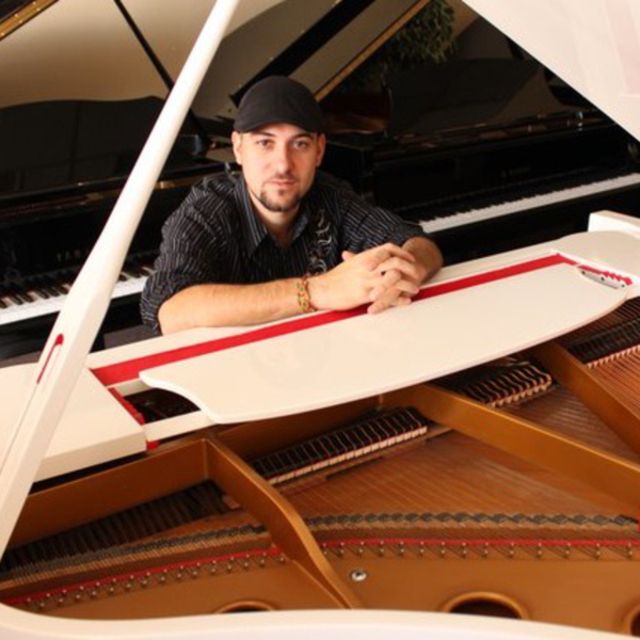 Gabriel Palatchi was in born August 3, 1982 in Buenos Aires, Argentina. At the age of 8, he started his first piano lessons. He then went on to study classical music at the conservatory Manuel de Falla school in Argentina. His studies led him to a Musical Production degree from the ORT High School in Argentina. He further expanded on his studies with a degree in music from the Berklee international School. During this time he studied under many great maestros of blues, tango, jazz and latin jazz such as Alvaro Torres, Ricardo Nole and Ernesto Jodos.
After graduation, he packed up his piano and started to travel to expand on his musical studies and experiences. It was in Cuba where he met and studied with several maestros including the grand master “Chucho” Valdes. He continued his travels to Mexico, where he continued to expand on his musical studies and experience. These experiences led to the composition and production of his first solo CD entitled “Diario de Viaje” (Travel Diary).
On this CD, he has gathered the musical arrangements from over 20 accomplished musicians from latin america. With deep roots in afro-cuban and latin jazz, he has fused together an original sound and style of world music that includes Tango, rock, funk, salsa and Arabic.
Currently, he is touring and promoting his CD in Canada.