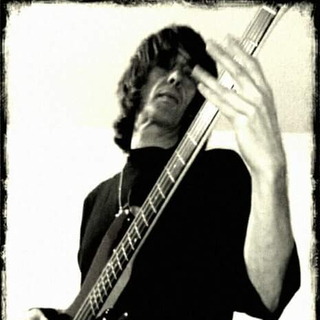 I have played most every style of music at least once during that time. My favorites to play are Rock esp Blues based, R&B, Jazz in particular Big Band stuff, Heavy Metal, the new style of Country often has some cool Bass in it, and Concert Band and Brass and Wind Ensembles.

I am looking to find regular steady gigs with a working band or bands. I am willing to go on the road and my gear and passport are in order.

Screen name:
Earle MLean
Member since:
May 17 2014
Active over 1 month ago
Level of commitment:
Touring
Years playing music:
30
Gigs played:
Over 100
Tend to practice:
More than 3 times per week
Available to gig:
6-7 nights a week

When asked about influences I always say Rocco, Jaco, and Billy. Nobody plays grooves like Rocco Prestia, it's pretty hard to find a flashier player or one with more impeccable technique than Billy Sheehan, and if anyone was the real deal it was Jaco.

Having said that it seems the single biggest influence on my playing is actually Carol Kaye. I had never gone out of my way to listen to her until a couple of months ago and I was very surprised to hear how familiar a lot of her stuff sounded. I figure its because growing up in Cape Breton its not possible to walk around all day and not hear Carol Kaye play bass at least and probably more than once. I guess she was such an influence by constant subtle exposure that I emulated a lot of it without even realizing it.