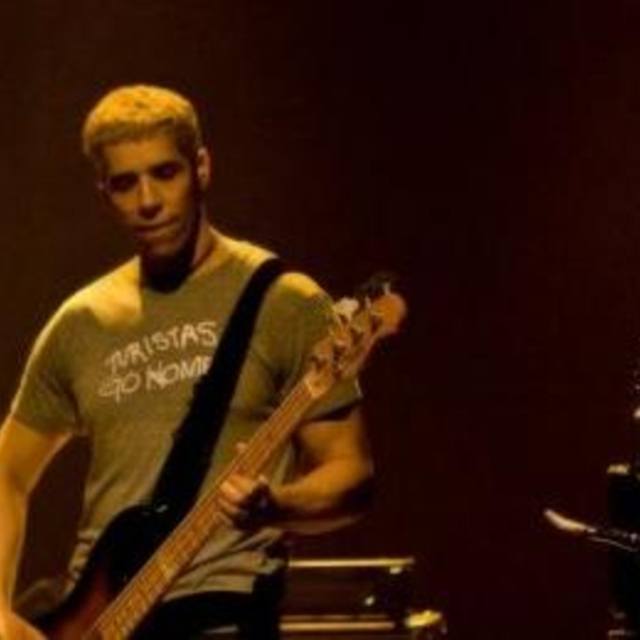 Played and performed with several Montreal indie bands over the years, including The Coodies (punk)
Stranger Than Us (Goth, Industrial) and most recently the 7 piece Puff and the Pillpoppers (indie pop, we had that Montreal Sound) for the last 6 years. We played tons of gigs, toured regionally and released 2 albums. On Puff's recent demise, I joined Saint Jerome, a new band, which was moving in a good direction in only a year. Just recorded a 7 song EP, and begun gigging but then the singer decided to move back to France. I decided to move forward and try to find new musical directions with some exciting new people.

PS - I am not an ex-guitar player - I play with fingers, no pick!

Modified Fender P-bass, an Ibanez fretless, and a Kramer Pioneer Carerra (c1983)
I have an assortment of amps - for gigs, a vintage Ampeg V4B with a modified Peavey bottom (2 X18's) and a vintage Ampeg B15 for smaller venues.
I have a wireless system to roam with - great on a crowded stage.