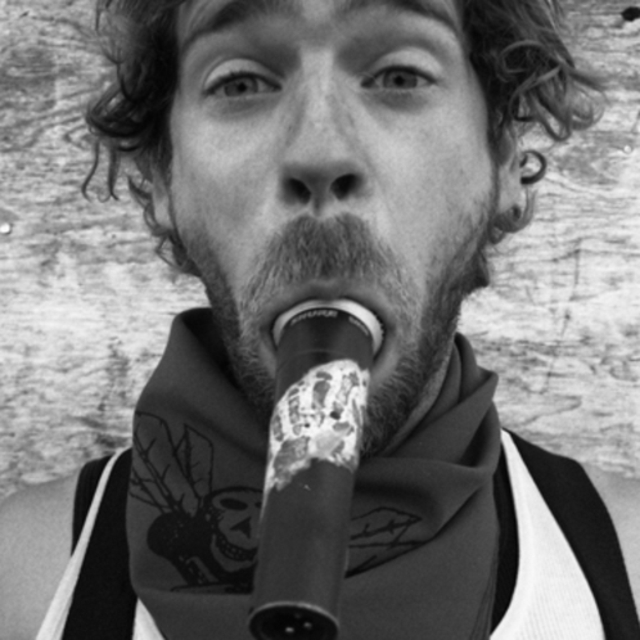 Subcounsiously indocrinated with class politics since birth, Blank Space grew up in trailer parks defending his dignity from his destructive peers, the church and the school system. Reflecting that, his lyrics are his personal homegrown resistance to the current state of chaos he/we live in. Speaking of Sexism, Class War, Food Abundance & Communication, Blank Space draws from struggling as a self proclaimed polyamorous anarchist, that believes in building security through relationships with other people, and the earth.

From the endless breaths of inricate multi-layered Beatboxing, to the vocal scratching of adlibs between spoken words, Blank Space passionatly blends genres with a message for every listening audience. Addressing privledge & power with conviction and self determination, this fierce independent artist is known for sharing many stages and encouraging self questioning with just his presence.

Every performer i've ever seen and met.

OTHER INFLUENCES -- My friends and Family, as well as every revolutionary thinker that has shared thier minds..