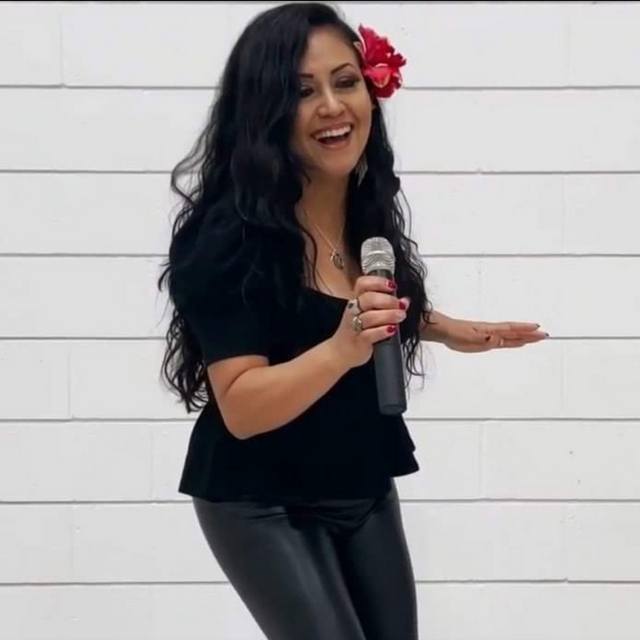 She began her career at the early age of 8, participating in cultural events in her native Tampico – Madero, accompanied by her little brother, consolidating herself as the children's duet par excellence of each party, social event and contest of her locality, always occupying the first places and alternating with artists of the stature of Mr. Vicente Fernández among others.

Adopting the name of Duet 1 + 1, they remained in the taste of Tamaulipas and Veracruzanos participating in contests such as Mexico, Lindo and Querido, the FENAPO of SLP and contests organized in the state of Tamaulipas, in addition to participating as hosts in children's programs and in the program Nostalgia of Channel 13 with the broadcast presenter Zúñiga in México City in 1985.

Over the years and with a more solid career, they decided to take different directions, always within the musical field, interpreting genres as different as the ranchero, the ballad, latin, rock, pop, etc.
Already as a soloist, Atlántida participates in various competitions, obtaining first places and recognitions as best performer.
Later, he travels through different states of the country such as Jalisco, all Tamaulipas border, Veracruz, Tlaxcala, Oaxaca, Guanajuato, Guerrero, Federal District, Nuevo León where she make her CD Atlántida Hernández Sin Límites Vol 1. in the Norteño style,

In 2015 she moves to Cancún by an offer and she was performing at the resorts in the Riviera Maya in shows such as Broadway, America´s pop, latino, Disney, Lady Gaga, Méxicano, and more.

He studied at the Faculty of Music of the Autonomous University of Tamaulipas obtaining outstanding grades. At the same time, he combined his academic training singing in groups of social events and as a soloist.

Atlántida sings with passion, and singing is more like her lenguage insted a job.

Now, and with more than 30 consecutive years of career in contries like México, Spain and Canada, where she is performer in
Restaurantes and night Clubs. Atlántida has become a versatile, charismatic vocalist with great dynamism, which gives her the facility to perform on any stage, with the guarantee of a full and very satisfactory performance, an artist with great musical maturity and a voice with a lot of future.

Speacker, Microphone, Laptop with my instrumental songs and Karaokes, stand for the computer, including connection cables.