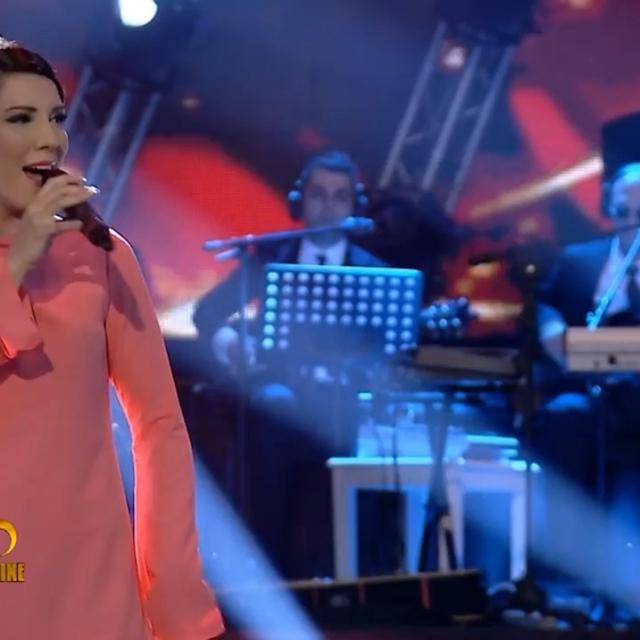 She is a Famous Albanian Singer. Her carrier roots start since her childhood as part of SIDORELA – an Albanian Children Chorus. Since then Xhoi has participated in several Music Festivals and Competitions.

She was only 15 when she started her Television career in TV Klan, an Albanian National Television, as a singer in the summer youngsters show, ‘Ditë Vere’ (Summer Days), 1998 .

In 2001 she won the Best Prize as a singer in the Youth High Schools Competition of Tirana, Albania, ‘Rinfest’. On the same year she participated at the Spring Festival, an annual Competition of the Albanian National Radio and Television, RTSH, performing ‘Just go away’ (Vetëm ik) produced by Voltan Prodani.

On January 1st, 2003, Xhoi was selected to be the main voice of the Top Show Band, as part of the very well known nightly prime-time talk show, ‘TOP SHOW’, a production of Top Channel Television, (one of the main National Albanian Televisions), part of Top Media.

She was 5 months pregnant. Xhoi is the very first performing Albanian artist who didn’t hide her pregnancy on the Albanian screen. (Until that very day pregnant Albanian TV hosts, anchors and stars were always shy on exposing it or even hiding it). This ‘revolution of a JOYful young woman’ on the Albanian Screens broke the old unwritten ‘TV rule’ about “pregnancy on screen”.

Beside performing as a singer on several shows of Top Channel TV, such as: Top Show, Blue Jeans, E diell (Sunny-day) , Portokall (Orange), Xhoi has worked also as Music Redactor and later as a Vocal Coach in The Voice of Albania until 2012

On 2012, Xhoi would continue her Television career by returning at TV Klan, National Broadcasting, as a Singer in ‘100 Vjet Muzikë’ (a Hundred Years of Music) Show and also as a Vocal Coach for X Factor Albania and Gjeniu i Vogël, (The Little Genius).

She has represented Albanian Nation twice in TurkVision Festival, respectively on 2014-2015.

Xhoi has shown also an excellent talent in Event Planning and Organizing through several Events.

Through all these years Xhoi never stopped being a part of the Albanian Live Music life in Albania, Kosovo, FYROM, Italy, Greece, Canada etc.