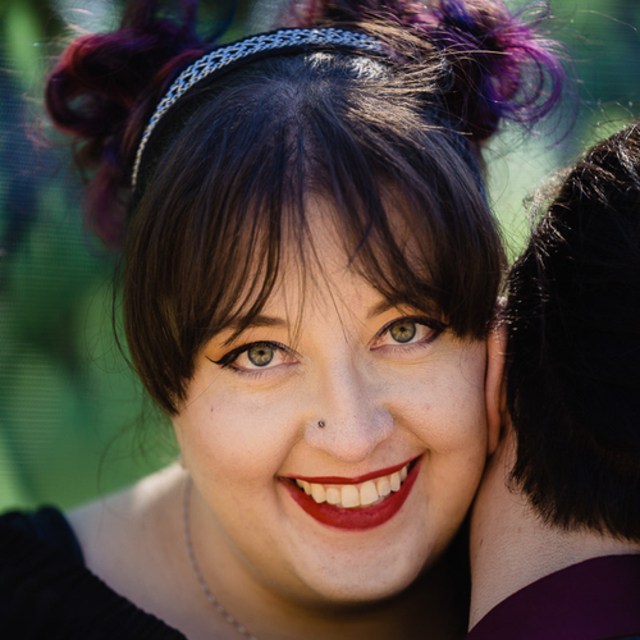 Music has been a part of Heather's life since before she was born. Attending every music class and joining every ensemble she could since she hit kindergarten, Heather's passion for music has been supported by her MAD (Music, Arts, & Drama!) family with gusto, and she has been singing longer than she could speak. Performance is in her blood as a child raised in a theatre family, and she has been on stage in Musical as well as Theatrical capacities more times than she can count.
A 16-year flute player, Heather began playing in her Grade 7 band, working her way up to landing one of two auditioned spots in the award-winning Grade 12 Wind Ensemble of Lord Beaverbrook High School. She has taught beginning flute classes to brand new players, as well as worked repertoire and technical studies with younger and less experienced players since then. While in High School, Heather also succeeded in auditioning for the Jazz and Chamber Choirs, as well as being chosen for her graduation ceremony's vocal solo feature.
Heather went on to do two years of Education Studies at Mount Royal University (nee. College) with a focus on teaching in a musical setting, before transferring to the Classical Voice Performance program at the University of Lethbridge. There, she participated not only in both The University Singers and The Women's Chorus, but also landed roles in the Opera Workshop's productions of The Magic Flute, Die Fledermaus, The Marriage of Figaro, and The Gondoliers. Heather spent much of her time at ULeth focusing on vocal technique and health, as well as stage presence, solo and ensemble performance, and music theory. She has performed large works from Mozart, Haydn, Copeland and more; with dictation training in English, French, Italian, German, and Spanish. She is a lover of Italian Opera, but her background outside of her classical training includes Musical Theatre, Jazz, Rock & Roll, Pop, and Disney.
Heather believes that music is something to be enjoyed by everyone, and that there is no “one size fits all” solution to learning. She is a powerful performer with a passion for music and teaching, and does her best to ensure that her students get the most out of their time with her while enjoying the process of learning music. Heather's goal with all of her students is simple: push your limits, and have fun!
Outside of Music, Heather enjoys photography and photo editing, dance, jewelry making, rock climbing, and board games. Currently, Heather works at Long & McQuade Musical Instruments, and teaches Voice, Flute, Musical Theatre, and Theory.

Amy Lee, Halestorm, Paramore, Metallica, Mozart, Sia, and many others