Crowe + Band in Burlington, ON 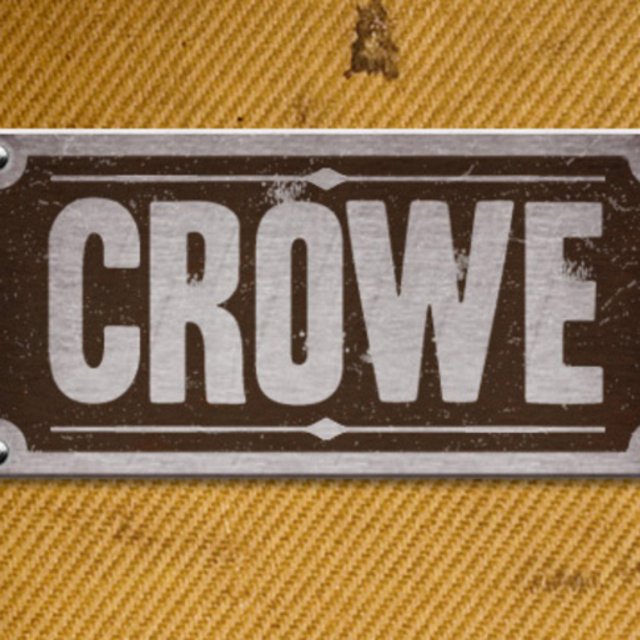 The seeds of Crowe were planted in Burlington in early 2010, when four veteran musicians bonded over a shared obsession for Fuzz pedals, beer, and the love of playing loud rock n' roll. As basement jams progressed, the music almost started writing itself. Melodic guitar driven tunes, fueled by fuzzy bass lines, in the tradition of 70's rock icons like T-Rex, or contemporaries such as Dinosaur Jr.
They have emerged from a foggy Suburban slumber, spending 2012 racking up stage time at Legendary Toronto venues like the Horseshoe Tavern, Lee's Palace, the Hideout and the Hard Rock Cafe. Crowe finished off the year by being featured on air as "Indie Band of the Month" on 102.1 the Edge, and played to a sold out Crowd in their Hometown of Oakville at the Moonshine Cafe.
2013 has shaped up to be another big year, with the release of Croweâ€™s critically acclaimed self-titled debut album. Crowe takes it back to basics with this self-produced effort. The album is reminiscent of a time when people knew how to play their instruments. Just four guys in a room with microphones, guitars, amps, and drums. No Pro Tools, auto-tune, DJâ€™s, samples or studio trickery! The result is an album full of melodic tunes, crunchy guitars, a rocking rhythm section, and tons of hooks!
The album has received consistently great reviews from all over North America, and has been put into rotation on various radio stations across Canada. It even spent 8 weeks in the top 30 charts on local station CFMU FM 93.3 (Hamilton), peaking at #3!
Crowe have not slowed down! They are very much a "Live" band, and have been busy in 2013 playing live shows and promoting the new album. To get the full experience, you have to see them live!
Not content to rest on past laurels, a new album is already in the works and will hopefully be released late 2013..
Crowe's self-titled debut album is available for download (for free!!!), on our Band Camp page:

Stay tuned. Much more to come...