rubencardos + Musician in Toronto, ON 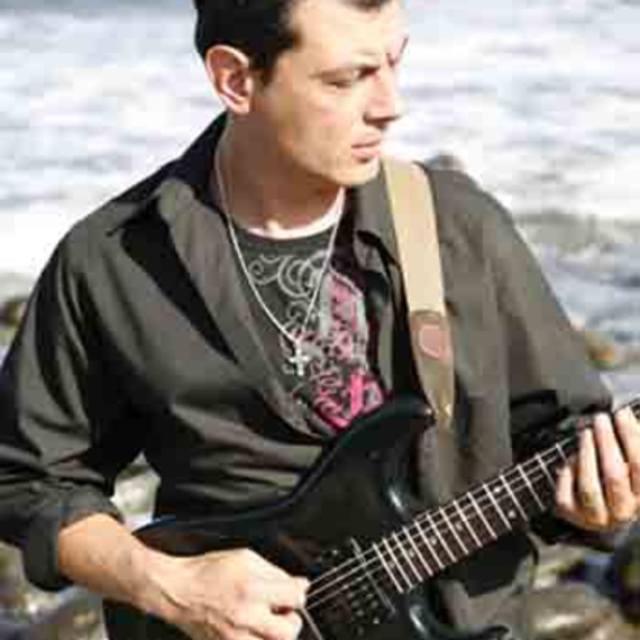 Over 30 years playing guitar and singing in different group formations, I've worked mostly trio style (drums, bass, guitar), but I've also toured with a large band, done studio work, participated in a wide variety of musical projects and also a lot of bar gigs. I have written my share of songs -some good, some not so good. Not out to impress anyone, just looking for some organized, down to earth musicians with their egos in check to prepare a fun show with.

Although I consider myself more of a rhythm guitarist, I am perfectly comfortable doing lead guitar if necessary. I also sing lead and backing vocals and have a lot of experience as front man to get the audience involved in the show. If the emphasis is on doing a great sounding show and having fun, count me in.

I do not go for complicated, hypocritically-democratic band politics where absolutely everything must be voted on. I prefer good leadership and a well-defined project.

I am NOT INTO tribute band work, because I believe it leaves no room for creativity or band style. I'm into selecting good covers and adapting them to the band's musicians, then morphing the song list through gigging experience till it works well for the venues and brings out the best of the band as a whole.

I firmly believe that musical combos develop their style from doing gigs, and not from endless hours in a practice hall. I would take a chance on originals as long as they blend in with the band's identity and style ...once this has been consolidated, of course.

I welcome challenges & opportunities to do something different with what I can bring to the table. My comfort zone is Classic Rock & Pop. Heck, it's the music I grew up with! But I've worked with a wide variety of musicians from different musical backgrounds and genres and have really loved the outcome. It has certainly enriched me and taught me to be eclectic and flexible.

I know a lot of musicians are out there looking for that "Je ne sais quoi" magical recipe that's going to hurl them into a recording contract and be the next Beatles or something like that, but I just want to play and have fun. Anyone interested?

Too many influential musicians & bands to mention. Classic Rock icons from the 60's, 70' & 80's mainly, but there are many others as well.