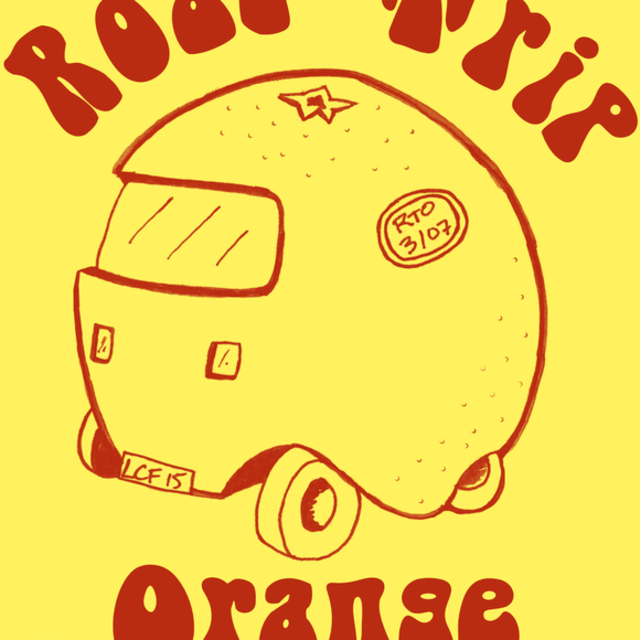 New to the Vancouver music scene, Road Trip Orange has already started to make an impact, performing at several venues including Baguette and Co, Trees and The Heritage Grill, where open mic host Gregg Gorrie praised their “energy” and “refreshingly original sound”. Working in the “power trio” format, Road Trip Orange brings out the best in each member, putting their diverse and eclectic expertise on display, creating a minimalist sound that is as diverse and creative as it is funky and folksy.

dOUG nORMAL (vocals and guitar) has released two albums of original music, &#8232;“Don’t Pet it Yet” and “Cat Freeked Out”. He promoted each with an accompanying tour across Canada and the USA, playing dozens of cafes, bars, streets and cabarets to thousands of listeners, strangers and fans alike. His songwriting style is as intense as his performing style; his lyrics are thoughtful, penetrating into the nature of relationships and words, sometimes sweet, sometimes sour, always compelling.

Kevin Armstrong (bass and vocals) has performed literally thousands of times on stages across North America and Europe. As an opera and musical singer, Kevin has performed dozens of roles in hundreds of performances. He has also performed for over 20 years as a professional guitarist, singer and bassist. Kevin is thrilled to be able to work with such a creative project as “Road Trip Orange”, where he can put many of his skills to use at once.

Richard Fordham (drums and vocals) has performed as a drummer, percussionist, bassist, guitarist and singer. His band “This Thing”, an 8-piece ensemble, with Richard as bassist, lead vocalist, composer and arranger, released one album in the 90’s “False Idols, Holy Wine, and the Big Picture”, winning Fox Radio’s “Demo Vision” contest and performing on national TV. Since moving to Vancouver, Richard has focused on his solo vocal and guitar performances, as well as working on experimental music compositions.

“Road Trip Orange’s sound could be described as “Alt Art-Rock”, melding singer-songwriter sensibilities with exotic rhythms and chord progressions a la Pink Floyd, and tight, 3-part harmonies reminiscent of Todd Rundgren and soul music. RTO’s music is upbeat, funky, multi-layered, and sure to appeal to lovers of numerous musical genres.