Murray James-Bosch + Musician in Aurora, ON 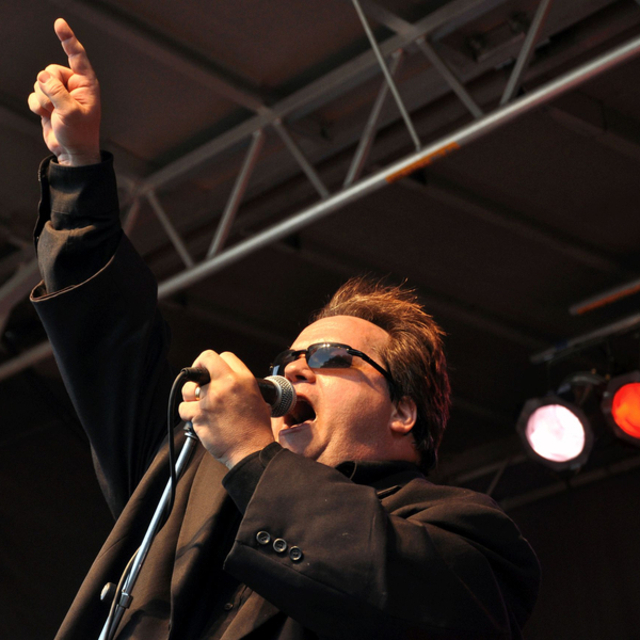 Murray James-Bosch has thrilled audiences around North America for 30 years with his versatile vocal performances. Well known for his work with the Classic Albums Live series, Murray has toured the US and Canada in addition to performing with many Toronto-area bands through the years. Murray's singing is also easily identifiable in one of Canada's most successful radio and TV commercials: Alarm Force!
Visit Murray's website at www.muraoke.com

PAST PERFORMANCES:
- CLASSIC ALBUMS LIVE (www.classicalbumslive.com), Murray sang with this highly popular series at venues throughout North America, recreating exact live renditions of the studio versions of classic rock albums. Highlights include a performance at Toronto's Massey Hall in April, 2017 (Elton John Greatest Hits album). His work with the series has seen him perform lead vocals for albums by Elton John (Greatest Hits), Meat Loaf (Bat Out Of Hell), U2 (Joshua Tree), The Police (Regatta de Blanc and Outlandos D'Lamour), Supertramp (Crime of the Century), The Who (Who's Next), Pink Floyd (Dark Side of the Moon and Animals), Beatles (Abbey Road, Sgt Pepper, and White albums) and Fleetwood Mac (Rumours).
- OVER THE GARDEN WALL, a highly successful tribute to the rock group Genesis. This band set the standard for tribute acts with its elaborate costumes, colourful makeup, light show, and art rock theatrics. Murray's portrayal of Genesis' two lead vocalists, the flamboyant Peter Gabriel and everyman Phil Collins, gained praise from fans and critics, helping to make Over The Garden Wall one of the top drawing tribute acts in North America.
- FOOLISH HEART (www.foolishheart.ca), a tribute to the multi-AMA and Grammy Award winning band, The Mavericks. Based in the Greater Toronto Area, Foolish Heart is a labour of love by six accomplished musicians united by their love of the joyous party music of the Mavericks.
- SECOND WAVE (www.secondwaveband.com). A five-piece band featuring the best of Classic New Wave Rock.
- CLASSIC TRIBUTE BAND, a five-piece band featuring the hits of Journey and Toto.
- 2112 A TRIBUTE TO RUSH, a four-piece band performing more than 60 songs from the band Rush, ranging from their formative years to the present.
- SYNCHRONICITY, a tribute to the rock band, The Police. A four-piece band playing The Police's entire five-album repertoire.
- GROOVE HAMMER, a nine piece R&B, Soul, and Classic Rock band featuring a live horn section. Murray fronted this band from 2009 to 2011 at several large events and local clubs, including the Toronto Ribfest, Oakville's Midnight Madness, Niagara Wine Festival, and the Burlington Ribfest.
- ALARM FORCE, When it comes to radio jingles, Murray is best known as the voice of Alarm Force. Several advertisements for the home alarm company have played extensively on Toronto-area radio in the past decade in what has become a very successful advertising campaign. Each of the ads have centered around the same thematic jingle featuring Murray's singing of the company's 1-800 phone number. A lover of harmony, Murray sang all four harmony parts in the jingle.
- THEATRE, Murray has performed lead roles in several theater productions including Forever Plaid, The Mikado, My Fair Lady, Hello Dolly, Oliver, and Godspell.

Too many to list. I love all genres. Though, I would love to front a Genesis/Peter Gabriel or Prog Rock band again.

I have my own vocal PA.