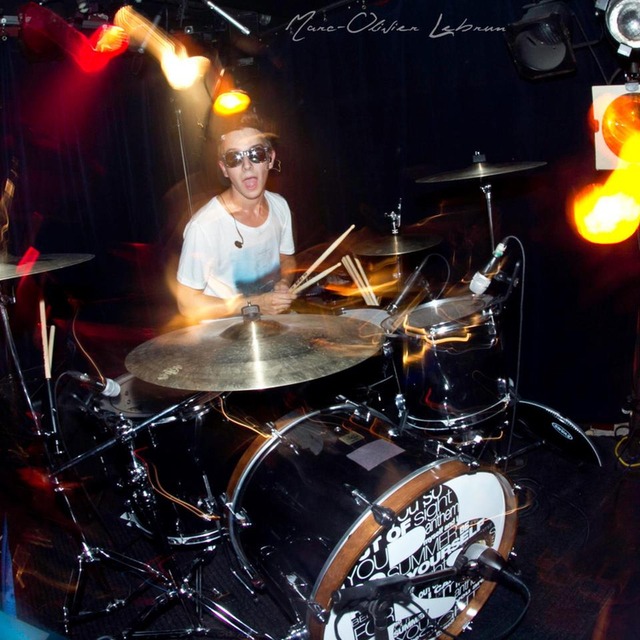 Strong live experience, creative composer and charismatic musician.
I have had the chance to play for two bands:

1. Perfect Sideline (2011 - 2015). Releasing a full EP in 2012 and a full album in 2013, this 5 members pop/rock formation played in more than 100 shows across Quebec and Ontario. Releasing three music videos and opening for artists like Sam Tsui, Alex Goot & Against the Current, we were able to play 2 sold out 700 people show at La Tulipe & Club Soda. Acoustic performances, Music Plus live performance and many other amazing projects are on the bucketlist of this band.

2. The Garlics (2014 - 2015). The Garlics was a pop/rock, radio-friendly band that I subbed in for a year and a half. Over 200 000 views on Youtube, opening for Simple Plan and releasing singles that played all over Québec and Europe on the radio. Played with them during the releasing of their album, including a very great opportunity to play Théâtre St-Denis for the WE Day, where bands like Hedley, Lights and other artists would be a part of accros Canada.