LukeSharp + Musician in Rama, ON 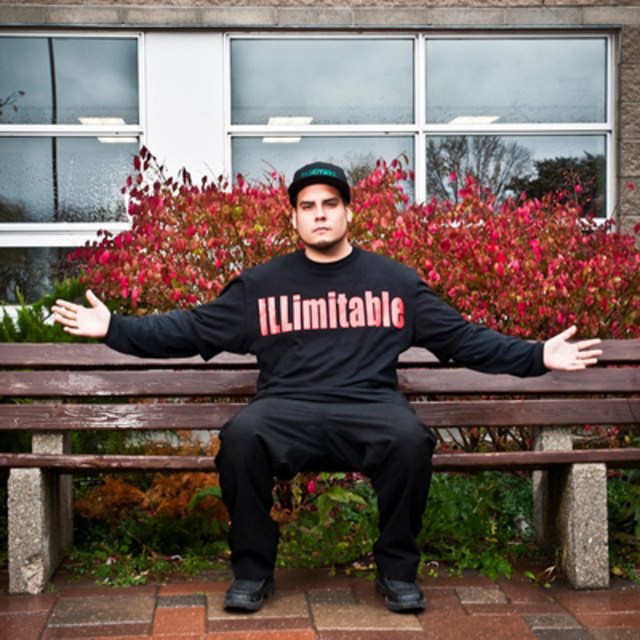 "Aspiring hip-hop artist born in Orillia, Ontario and a member of Rama First Nation. Has worked with Juno Award winning female hip-hop artist Eternia, and performed on the same stage as hip-hop legends such as EPMD. He has performed in different parts of Canada, as well as NY in the United States. Luke has been featured a few times through the Coast 2 Coast Mixtape.com platform, appearing on one Indie Top 50 mixtape, having 2 songs featured in Coast 2 Coast's artist compilation (being sold world wide) and recently being voted onto a mixtape hosted by major artist Estelle. Luke is also featured on a mixtape hosted by Willie The Kid. Luke Sharp has recently been made the "feature artist" on an Indie Top 50 Mixtape.

When Luke was 13, his parents separated causing a major rift in his life. With his parents constantly fighting, he began to look for a way to escape from the pain, and this was when he was first introduced to drugs and alcohol. What started as a "once-in-awhile" thing, turned into a full fledged addiction, where he began selling drugs to support his habit. After being arrested for different things, he finally woke up and turned his life around. Now Luke uses his past experiences, mistakes and downfalls to inspire others to make changes in their lives and be a positive role model to the future generation.

An accumulation of things in his life caused him to struggle with controlling his anger, and only one thing was always there to help him, Hip-Hop. Whether it was listening to the music, or writing his own lyrics, he was able to find a positive outlet to release his feelings and emotions. Luke started freestyling at age 13, and released his first mix-tape at age 15, recording at the Twin Lakes Secondary School recording studio. After gaining recognition from his peers, he realized that it was a career in hip-hop music he wanted to persue. While releasing a couple local mix-tapes, he was focused on learning and honing his craft, trying to enhance and improve his skills everyday by studying the legends in the game, and taking in constructive criticism where he could get it."