Le_FT + Musician in Orleans, ON 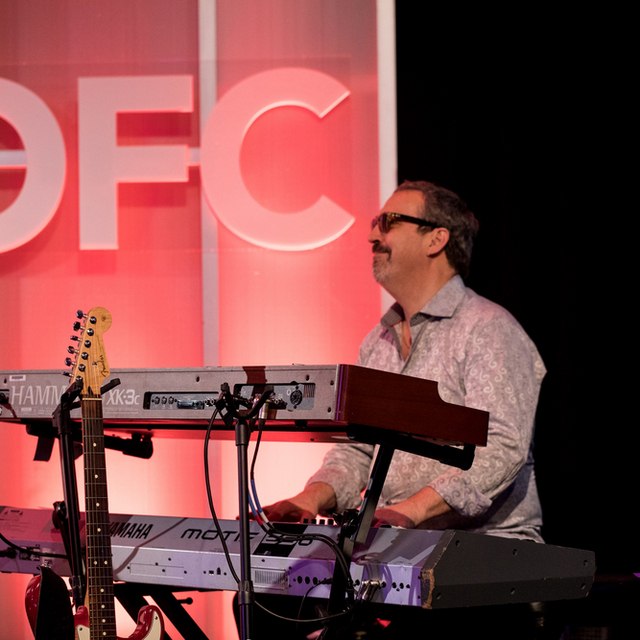 I play keyboard since my teenage ages...Start playing bands in my 20s in a Jazz funk formation...Were also DJ in clubs during the Disco era...
Enjoy jamming, improvising.. I can play pretty much every style except Classic....
Still member of the Ciena Corporate band since 8 years called OTN Speedwagon which is a group of Ciena employee from differents cities accross the world.. The band won the 2013 battle of the Corporate band competition sponsored by the Fortune magazine and Rock@Roll Cleveland Hall of Fame. The Band usually perform once a year in Florida at a Company Sales conference event...
Beside that looking at local musician for jamming and/or perform once a while.

The first 3 video loaded are 2013 Battle of the Band performance at Semi-final in Nashville and 1 at Final in Cleveland. The other 3 video are remote performance made during Pandemic..
Can be reach at FTessierKeys.....at G_mail

A bit of everything....start from top 40, Rock, Disco, latin , Jazz fakebook, Jazz Funk..
Been DJ in the 70s/80s during the Disco era,
The band that influence me the most was Spyro Gyra which was the same formation as my first Jazz band

own a few gears...
Yamaha Motif /SP /Korg Triton/ Korg Organ CX3 / Korg Sv1
Few AMPs, Mackie Monitor...
Even have a Hawaien Guitar which is 75 years old for any one interested!!!