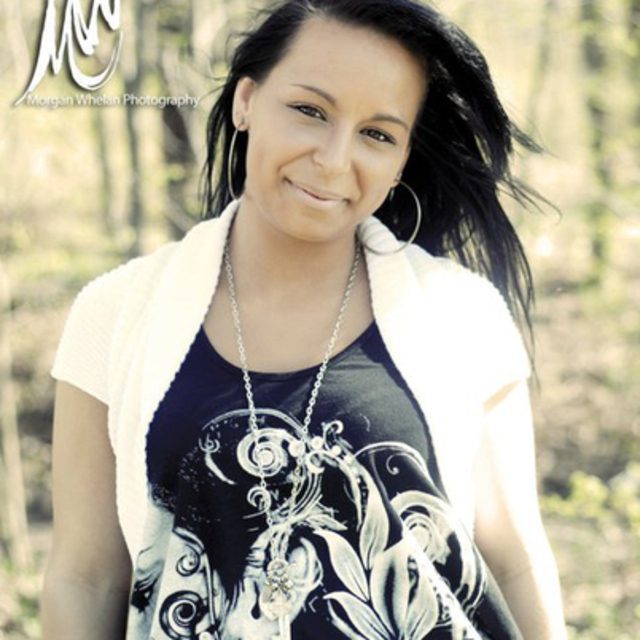 As a child Kathleen began her musical career travelling and performing with The Ukrainian Mandolin Orchestra. Kathleen was an elite vocalist in the Orchestra’s choir and sang alto. Kathleen was told that she has the desire and drive to become a very talented musician. During Kathleen’s childhood Kathleen always tried to be a part of any musical opportunities that came her way, whether it was being a part of the school choir or Christmas concerts, to Kathleen it was music and that’s all that mattered. The hours spent rehearsing and practicing material did not bother Kathleen as she enjoyed every minute of it. If you ask either of Kathleen’s parent’s they can tell you the nights upon nights and hours Kathleen spent locked in her bedroom singing and rehearsing for her performances.

As Kathleen became older one of her major influences into country music was Country Music’s Hottest Diva Shania Twain. Shania Twain’s unique music and energetic drive inspired Kathleen to explore her musical talent even more. With her incredible love for music Kathleen was often asked to come out to where her father would be performing and sing. Although it didn’t seem like a good idea at the time, taking a young kid into bar, it prooved to have its benefits, by Kathleen’s heartwarming performances as just a young child she would shock the audience with her soft sweet voice and would leave the crowd wanting more!

Coming from a musical background, Kathleen was always encouraged to love and enjoy music; it was often that Kathleen’s family would get together and have a jam session. This eventually became a tradition whenever there was a family get together or camp fire, someone would get out a guitar and Kathleen would enjoy singing along to whatever was being played.

Kathleen has a strong will and determination to live out her dream and be successful in doing what she loves and that is being a singer/songwriter. Over the years Kathleen has become more diverse in the selection of music she enjoys singing and performing, and some of her influences have been some of Country Music’s greatest stars like: Loretta Lynn, Patsy Cline, Johnny Cash, Connie Smith, Rodney Crowell, Linda Ronstadt, Suzy Boggus, Holly Dunn, Carlene Carter, Patty Loveless, Martina McBride, Miranda Lambert, Terry Clark, Sugarland, Carrie Underwood, Carolyn Dawn Johnson, Melissa Ethridge, The Pretenders, and the list goes on and on...

Kathleen has had many opportunities to travel to Music City Nashville Tennessee and explore the singer/songwriter world. Nashville Tennessee is somewhat like a second home to Kathleen only because Kathleen says “It feels wonderful to be amongst those that have the same love and passion for music as I do” These opportunities in Nashville presented to be great learning experiences for Kathleen and have inspired her to write unique material that has the extraordinary potential, to become a listeners choice. However at the same time Kathleen just enjoys being creative and expressing her love for music.

As Kathleen began to embrace her musical path growing up, she received various honours and awards for music and performance competitions. In 2010 Kathleen was awarded first place at the Kiwanis Music Festival in the country/pop genre.

Kathleen continues to be inspired by the music all around her but her biggest inspiration and teacher would be her father a journey man pedal steel guitarist who has been part of her musical journey from the beginning. Kathleen is currently writing songs and preparing to record some new material that will hopefully be released later this year. !!!!!!!!

"Music does bring people together.
It allows us to experience the same emotions.
People everywhere are the same in heart and spirit.
No matter what language we speak, what color we are,
the form of our politics or the expression of our love and our faith,
music proves: We are the same."
~ John Denver ~

Screen name:
Kathleen Fortin
Member since:
May 29 2011
Active over 1 month ago
Level of commitment:
Committed
Years playing music:
15
Gigs played:
Over 100
Tend to practice:
1 time per week
Available to gig:
2-3 nights a week
Most available:
Nights