john2hudson + Musician in Waterdown, ON 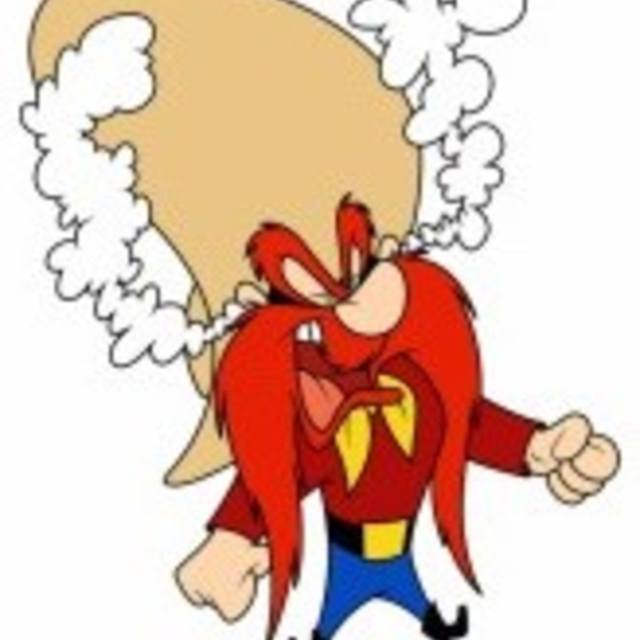 Background:
Born in the north east of England (Newcastle), in 1964. Moved 'dawn sarf' (Aldershot / Farnborough - Hampshire), to get a job during the early Thatcher years. Emigrated with my family (wife and two daughters), to Canada in 1999 to work for a Burlington based semiconductor company - Gennum as was - Semtech as is - and more recently getting back to my product (rather than semiconductor roots), at Christie Digital in Kitchener. Electronics Engineer by training working in the professional broadcast (TV and D-Cinema), industry.

Bands, gigs and recording:
Started playing in bands at age 15....so a very very long time ago way back to the late 70's. I've played in a steady succession of pub / club bands doing the usual cover versions and originals mostly in the classic rock vein but also "of the time". Kept this up pretty much continuously until work and family commitments got in the way. After a bit of a layoff, have now as of start of pre Covid 2020, started to get back into playing with local musicians with a plan to eventually get out and start gigging again.

I would note though that playing music has always been my hobby and I have never harbored any illusions / delusions about making it my career. Take it seriously for sure, but am 'seriously' more interested in entertaining others, entertaining myself and having fun.

Too many bands of no-renown to remember or mention but some notables include: The P45's; Dr Feelrough; In a Sense; Wigmonsters; The Chaingang; Voodoo Cadillac; Definitionists.......nobody famous, just classic pub / club rock and pop acts.

The P45's [early 80's], notable only for the 'Dexy's midnight runner look' married with an electro-pop musical style. Remains memorable for the naivety and innocent way in which the band made it's music. Mostly original material gigged extensively through the Surrey heartland to no particular acclaim - but had a real blast doing it. Goodness knows how I got from my heavy rock / Metal beginnings into playing in this band.

In a sense [mid 80's] had a bit of success. Gained a big local following, "management and industry interest", a couple of up-and-coming mentions in Sounds (Sounds was a UK weekly National pop/rock music newspaper - more rock focused than NME and way before Karrang and other such publications emerged), a mini tour of the south west of England and a Surrey battle of the bands win along the way. Imploded under the weight of it's own ambition (wanted to say musical differences but that's a bit too clichéd). A good new wave band that just wasn't quite good enough to break through commercially in a time when Howard Jones, Thomas Dolby, Duran Duran were all topping the charts.

NOTE: various other members of that band, went on to form HeadNoise - a rock / hiphop cross-over group that attracted the attention of Skunk Anansie and opened for them on a couple of tour dates in the UK.

Dr Feelrough [late 80's] - musical taste not what you'd think from the name - was more of a song writing and recording deal. Ever changing cast of characters meant we could never get it together long enough to form a solid gigging band to take some otherwise pretty solid songs on the road. Interesting stylistic cross over of rock, blues, country and reggae though and a fun experience for all that.

The Chaingang [late 80's] was / is a 12 piece blues, soul and R&B outfit inspired by "the commitments" movie so you can guess the style. Lot's of party and wedding bookings for that band due to it's plain-old-fashioned good-time danceable entertainment value. Still going strong in the South west of England (Berkshire / Hampshire / Surrey), although a very different line up nowerdays.

The Wigmonsters [90's] formed with a bunch of mates from work (Sony Broadcast and professional in Basingstoke UK), originally to perform at a leaving do' for one of our colleagues round about '92 / '93. Stayed together for 6 years or so gigging mostly punk and rock covers ranging from the Stiff little fingers / Buzz cocks / The Clash through to more mainstream tunes by the likes of U2 / The Jam / The Police etc.

Voodoo Cadillac [early 00's] were the first band I joined after moving to Canada. Introduced me to more typical north American pub band classics - including Canadiana such as the Hip, The Guess Who, BTO, Kim Mitchell, 54-40, Blue Rodeo etc. Did the usual Hess street / Dundas and other Hamilton area pub circuit for a while.

The Definitionists [2002~present(ish)], was / is again a band formed with a bunch of mates from work (Gennum). Originally put together to perform at a "battle of the bands" event in Burlington, we contined on in various guises performing at a number of corporate and social functions along the way (Big Bucks / Boston Manner / The Black Bull / Philthy McNasty's). Spent a lot of time writing material and playing and rehearsing as regularly as our busy work schedules would allow. But this band is mostly about a bunch of fellas (and a Gal), making good music together, drinking a few beers and having a good laugh doing it !!.

And as of 2020 - The Merge - a Hamilton based Classic and Modern Rock covers band.

Musical tastes and Influences:
In short, anything with attitude but otherwise extremely eclectic.

Two specific influences stand out however.

Heavily influenced by NWOBHM bands, loved Motorhead, really got into Sabbath and later Ozzy (not NWOBHM of course), but it was the Rush 2112 tour (also not NWOBHM), that really changed things and Geddy Lee and Rush has been and still are a major influence.

Even with the heavy metal blinkers on, for some reason I became a big fan of XTC - Colin Moulding is another fabulous (and underrated), bass player / song writer. This is another band that has stood the test of time even though the music is so very different from the more formative rock and metal I was listening to at the time. Known more for their long-standing critical (rather than commercial), success this band's "Englishness" continues to appeal to this day although musical output is now very sporadic.

I was (and still am), influenced by a number of the 80's cross-over rock, two-tone & reggae bands like the Police, UB40, The Specials, The Beat, The Selector, Madness and love the whole Ska-core thing that this genre developed into.

So formative years and influences are very UK centric. Not much early exposure to North American bands Other than Rush.

Gear - Basses:
My main bass (since about 1995) is a Warwick Stream LX 5-string. Bought at the bass centre in Wapping England in the days when Warwick's were all still hand-made in Germany. Cost an arm and a leg at the time but it's worth every penny as it's such a work-horse bass. To be honest this is still my first call instrument and has been heavily played and gigged although I do have other basses.

I also have a Godin Highway 5-string; a Washburn 5-string acoustic (for practicing without disturbing the neighbours), a Squire Precision Custom and Jazz (loads of bass for very little money), an Epiphone Thunderbird iV, Musicman Stingray HH, and my pride and joy - a 1970's Rickenbacker 4001 S which I bought new in 1979. Used to be my main bass and I still love it to bits but unfortunately it doesn't see the light of day very much anymore. Rickys are a bit of a one trick pony and although 'that sound' is great, it really isn't flexible enough to cover all the bases (pardon the pun), for the various and varied kinds of music I've been called on to play over the years.

Prior to the Warwick I spent many enjoyable years playing a Pedula MVP 4-string (wish I'd kept that bass).

Started out in the mid 70's with a Gibson EB0 copy which got me through the usual school band phase but didn't really work out too great when the burgeoning NWOBHM scene with bands such as Raven, Saxon, Motorhead, Diamond Head, Tank or indeed Priest / Maiden caught my interest.

The real turning point was when I 'discovered' a little known (in the UK at the time), Canadian band called Rush........hence the Ricky !!.

Gear - Amps & cabs:
Gallian-Krueger 700RB is my main gigging amp paired with a SWR 15" cab - pretty raucous when it needs to be.

For more sensible moments I have a Mark Bass Mini CMD 12" combo, which is not only small and light enough to carry in one hand, but also more than powerful enough to handle small to medium gigs - a truly awesome amp.

I've owned Park (Indian made Marshall), Peavy, Hartke, H&H, Dean Markley (yes they made amps as well - now sadly discontinued), and Trace Elliott gear at various times. Settled into GK over the last 15+ years. In my opinion they make amongst the best sounding and most reliable bass amplification for the styles I like to play. Don't like their speakers though.

Sansamp bass pre-amp / driver, and some 70's and 80's effects pedals: compressors, chorus, distortion; Korg and Zoom multi-effects pedals etc. Don't have much use for them now preferring a clean signal path from fingers to speakers but reluctant to get rid.

I also have a Casio Keyboard in the basement that I bash away at every now and then - but nothing serious.

Still have a Tascam 4-track cassette based recorder (remember those), that has amazingly survived 20+ years of service and is still in working order. They don't make them like they used to.