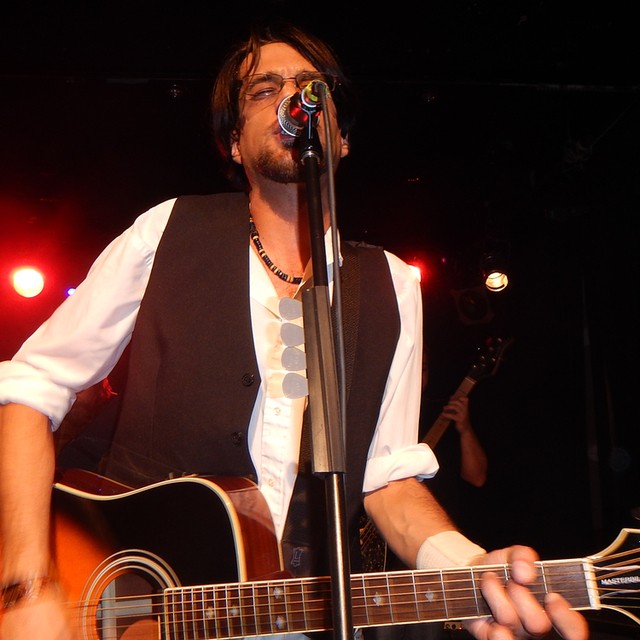 What to say....Hmmm. Well, I've been at this a long time. I haven't played as much as I'd like & the solo acoustic thing gets old fast! So....Tired of looking for players & never locating the right ones. And between uncommitted, lazy players or hired guns who drain ya after a while no matter what with their inflated egos & lust to be paid! Which I agree with....But as a BAND!!!!! I got into music strictly for the love of it....Not the money or any form of fame! Although I will admit....The girls dig a guitar player. ;-) But being the dog eat dog kind of society & business that it is.....
Been tough to get myself heard or find the right channels, I've always been the creative force & really do hate the business side! I'd rather have someone who enjoys it take care of that aspect which I am presently searching for.
So, i'm looking to put together a band that people will notice & to make it last!!! I know with the earlier comment on "egos", I myself may sound a little conceded perhaps.... But I would consider it to be more due to me just being pissed off that I have these amazing songs & yet nowhere to showcase them. You can check out some of what I have at the link listed somewhere...Or www.jbdresistance.com to hear all originals plus a few older clips.
I've had a lot of bad luck in certain areas of my life & will not get to explicit detail about it! But it's been hard to do certain things. Music is the one thing I'm always good at. So with that being said, I feel there a space to fill once again...So i'm bringing back the "Garage Band." So to speak. 4 to 5 guys in a garage or basement studio 3-4 times a week working and crafting songs. I like working with others cause it's fun to bounce ideas & get in that moment....Which I've only experienced twice. Once in high school & once in my early 30's. But the issue is I don't want different players when it comes to playing live.
That is why I usually can't play shows, I don't have a steady line up! So, I'm putting a call to anyone out there who feels the same! Tired of wasting away playing with the wrong guys or never sure if it will fizzle out?? I have lots of ideas, complete songs & even 3 albums & in the middle of working on #4. Which is a double album...Cause I had enough material. But this time I wanna book a real tour, all the PR campaign & the works this time! Which I've been in negotiations with people in that field. So with that somewhat taken care of it's not time to complete the line up. So looking for 3-4 other guys, 5 including myself....Recently moved to Orillia, ON. and am looking to join to start a project right away!