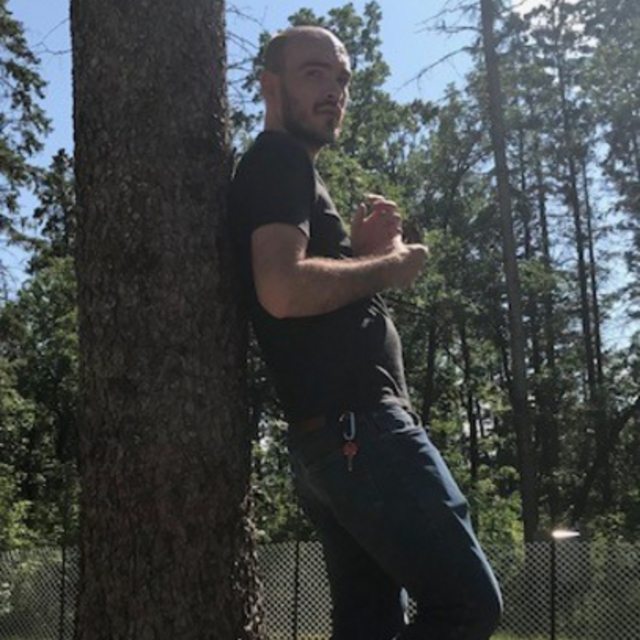 I play guitar, sing and write lyrics for my songs. I have consistently been involved in one musical project or another since I was a teenager. I've been in full bands that played venues regularly, as well as less conventional groups that focused on producing new material and played smaller shows every now and then.

I'm looking start a band, write our own songs and play out. I have a lot of songs written and ready to go and we could use some of them, but ideally we would write the songs together.

I like the traditional instruments of a modern band (vocals, guitars, bass, keys, percussion.) but I'm not crazy about the roles they conventionally play. I don't like the idea of a "back up singer." to me, the harmonies are as important as the main melody. I have similar feelings about the relationship between "rhythm" and "lead" guitar. I am much more interested in guitar arrangements where it is hard to say which is which. None of this is to say that I don't like solos or you need to play them if strumming chords is more your thing. I just don't want to have a band where the music is restricted by orthodoxy in the roles and arrangements.

Screen name:
JamesHeyward
Member since:
May 28 2021
Active within 1 month
Level of commitment:
Committed
Years playing music:
20
Gigs played:
50 to 100
Tend to practice:
More than 3 times per week
Available to gig:
2-3 nights a week
Most available:
Nights

I think influence can be split into two categories: The stuff you grew up with and is just in your DNA. And then there is music you've come to enjoy/admire and seek to put your own spin on it.

Fender Telecaster and Yamaha Acoustic
Epiphone Galaxie 10 amp and a little Orange Crush Mini.
A bunch of guitar pedals (with the exception of a decent pitch shifter/octave pedal, I have all the standard effects.)

I also have a tambourine, shakers, Kalimba, and ukulele.