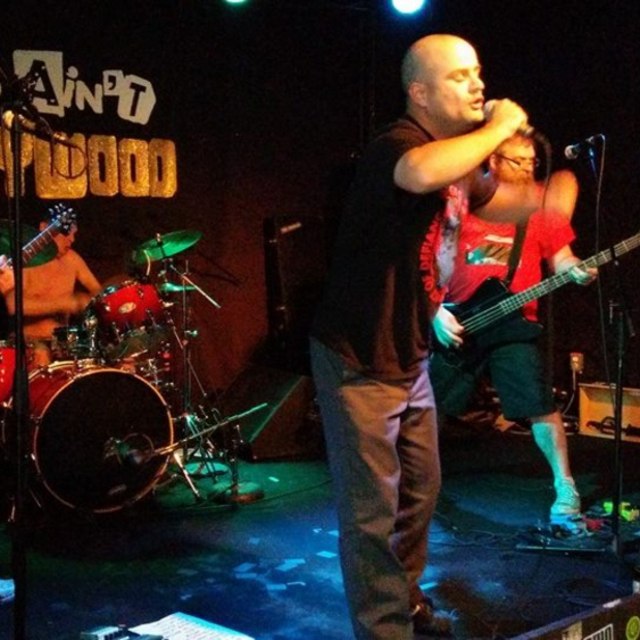 My main influences as far as writing are Black Flag when Greg Ginn and Chuck Dukowski were still collaborating, Sheer Terror, Poison Idea and aspire to write as good as Sheer Terror.
Vocals wise my main influence is Slaphsot and Minor Threat. I like things that are aggressive partly due to the fact I cant sing and partly due to the fact that I like stuff like that.
Here is the Groggies discography

I do not have equipment at the moment.