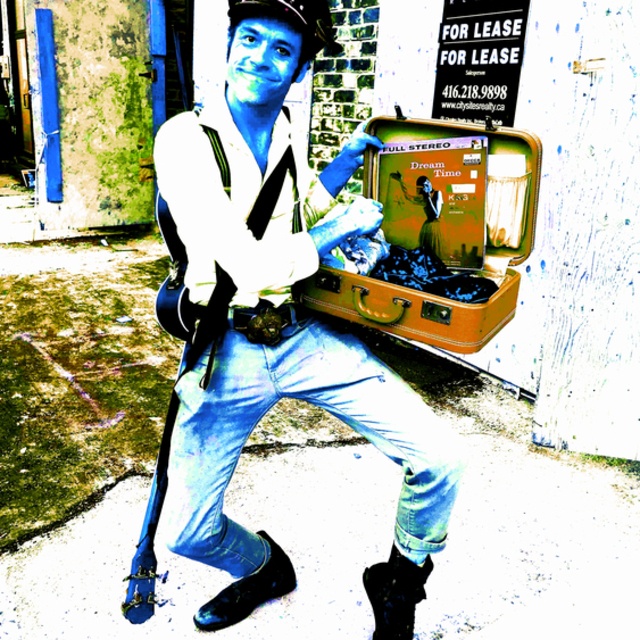 *Geddy Krüger & the Alt-Leftovers* is, so far Geddy Krüger (Clinton Debogorski) and part-time drummer Lydia Røs. We're seeking
gigging drummer while Lydia learns the ropes, but if the dynamic appears good we'd love for a the temp drummer to play some piano keys with us in the future. Does anyone out there like what they hear and have a way with both drums and piano? If so, we'd love to have you join as a final member to turn our duo into a trio! We have quite a few originals and alot of "reruns" (many more or less reimagined renderings of NoMeansNo, Captain Beefheart, Dead Kenmedys, and the Cranberries since we also have a softer, less cerebral side than the philosophical jazzcore side). Also, Geddy Krüger may or may not spout alt-leftist political satire into the crowd now and then, asks that crowds not clap but boo instead (for him, at least---Lydia gets the applause if she likes, and I am happy to take all of the boos in case you would prefer clapplause to boojeers as well).

We practice in Geddy's garage but will have to relocate, if possible, for the winter months.

Screen name:
GeddyKruegr and the AltLeftovers
Member since:
Sep 18 2019
Active over 1 month ago
Level of commitment:
Committed
Years playing music:
15
Gigs played:
10 to 50
Tend to practice:
More than 3 times per week
Available to gig:
1 night a week
Most available:
Nights

-small Hartke amp for practicing with vocals...do not yet own a PA.