francobzbaccari + Musician in Abbotsford, BC 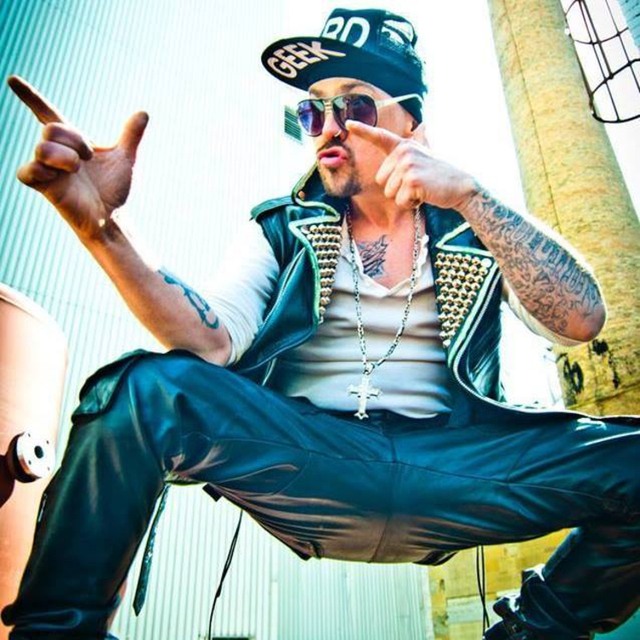 **ADD ME on facebook or email me francobzbaccari@**
Artist Bio* Franco Cody Baccari (Feb 3, 1983).
Also known by his stage name Franco BZ
Canadian born singer-songwriter, rapper, public speaker and human rights activist,
whose musical styles incorporate hip-hip, r&b, metal, reggae, soul & contemporary rock.
In addition to singing lead, and back vocals on majority of his tracks,
Franco BZ is known for mainly being spiritually, and politically motivated in his music.
The youngest of a family of six raised as a small child in Napoli Italia Franco was singing fluently in Italian,
and English from the age of 3.
His earliest musical influences were mainly: Eros Ramazzoti, Ritchie Valens,
Michael Jackson and Madonna. From a young age 3-4 years old the neighbors would invite Franco over to sing for them,
playing with a mini guitar and reciting Ritchie Valens “La Bamba”.
The latter half of his musical influence would be found on the other side of the world In Calgary, Alberta, Canada
where from age of 6 he would be inspired by American Artist's of early Gangster Rap of the late 80's and early 1990’s:
- Ice-T, N.W.A, Eazy-E, Geto Boys, Gangster N.I.P, Tim Dog, Tone Loc,
Fresh Prince, Naughty By Nature, Cyprus Hill, Tupac Shakur, Bone Thugs & Harmony,
D.O.C, Snoop Dogg , and Warren G. As well as R&B groups, and solo artists: New Edition,
Bobby Brown, Boys2Men, Janet Jackson, Mary J Blige.

Franco’s first freestyle Rap recollection was at the age of eight, in the third grade outside of his N.W home in an abandon car with his cousins,
from a young age Franco desired to make people smile, music, and humor were his outlet in his early years.
in a large family with no Father and little finances his life was simple and he spent most of his time in front of the radio listening to A.M 106, or watching television glued to the MTV.
At the age of nine he would get his first taste of stage performing “Funky Cold Madina” by Artist Tone- Loc,
at a local Mall doing the dance moves and all with a great response he was hooked.
Singing however was another matter, when his teacher called his mother to tell her that Franco had singing talent,
Franco was to embarrassed to share, so his mother would have her friends over and he would hide under the table singing for them,
with even more great response bringing mama and her friends to tears he recollects.

Franco began his writing and Rapping skills in the neighborhood of Forest lawn in in the mid 90’s.
The lack of his Father, as well as negative influences, and role models in his life working class poverty,
and early exposure to drugs, and alcohol Franco says were the main factors that would land him frequently in Juvenile Detention Centre’s
for various offences from a young age. At age 13 he joined a small street gang with his friends, and began selling drugs and committing various crimes. Group homes, and treatment centers were the places he would call home for most of his teen years,
thanks to a youth worker who Franco says “treated me like a person and believed in me,
unlike the other staff at the other group homes or my social worker”
Franco found some stability at Nekinan Group Home his youth worker with respect, and love in mind was Kirby Redwood.

In 1999 while attending a Maestro Fresh Wes concert Franco got called to rap on stage by the famous Canadian Rap Artist Maestro Fresh Wes.
The first time ever Franco recollects performing in front a large Audience was with the Canadian Icon of Hip-Hop, at the Calgary Stampede Roundup Centre in the summer of 1999. In the year 2000, three members of a youth street gang came together at Forest Lawn high school, and shared written Rap songs in the bathroom it was from that day a local Rap group known as the Lost Ones Crew (L.O.C.) was formed.

In the summer of 2001 an appointment was made to see a a young local guitarist named Jamil Ahmed along with a young r&b singer name Miklo Espiratu aswell as M.C'z Mike Brant (ACE) Dwight Farahat (D-Bone) and Franco B. Their first recorded tracks would be laid in an apartment complex in the N.E of Calgary, Marlboro Park. This new avenue to express themselves, and create music made an impact on all these young men and from the years 2001 to 2003 the lost Ones Crew (L.O.C) made music their saving grace rather then getting into trouble. Performing on the streets, on public transit, back alleyway, local house parties, community events and on to win the AXEtreme Fest High School Battle of the Bands talent show , the Lost Ones Crew (L.O.C) went on to the play at the finals of the AXEtreme Fest at The Palace Night club and had their first live audio track by The Lostones Crew on an official CD release for the 2001 Axetreme fest album with a track titled "Caribbean California". 2 independent releases L.O.C 2001 & L.O.C 2002 were to follow some songs to be mentioned that had a a small but loyal local cult following were: "Kicking the breeze" "Da Method" "Let me Stay" and "Raise ya Chainz up" "Baby Baby" "Knight in Shining armour" “Caribbean California” the 2001-2002 Lostones crew Album discontinued. having split up due to various personal differences, as well as substance abuse, and creative control problems would be the reason for the L.O.C split up in 2003. The Lost Ones had gained some local recognition and this wave was a platform which Franco would use to inspire his next moves in music.

In 2004 Franco came to producer Carl Cress at Organic Sounds Studios and released his solo debut self titled album Franco B. Selling independently, rocking house parties, venues, and festivals. In 2004 Franco BZ freestyled battled his way through MCs to the final round at the under Dog Mc Showdown Hosted by Nucleus, Franco Bz after a brutal execute on the final MC loses by default Franco proclaims "still uncontested never beat in a freestyle battle, the art of spittin off the top of your Dome, wit out written bars like we did back in the day is none existent." In 2005 Franco BZ teamed up with DJ Doobie (Nemanja Indjic) to bring a local emcee Freestyle battle throw down to Calgary. Teaming up with the Shamrock Hotel and Bar, Mc Bubba B, Baby J, (Beat boxer) Ken Ominous Bishop, and local band The Mocking Shadows. HIP-HOP at the Rock was created and packed the house every week the outcome of which was the legendary “HIPHOP At Da Rock” after parties. Franco BZ and Dj Dooobie Hosted at there own private parties at their residence with a Dj set up and a Microphone, a packed house caused a ruckus in the neighbourhood and trouble with local law enforcment for the entire year. The Shamrock shows brought through its doors some of the original LostOnes Crew (L.O.C), aswell as some of todays blooming, and even more seasoned Rappers, Singers, Beat Boxers, and Dj's from the 403, some of which began their journey into HipHop Culture at the shows and after parties. Franco BZ and Dj doobie commenced to record Street Flowz Vol 1 in 2005 a mixtape album with some local recognization, and humble indepentdant sales numbers. some notable tracks from the album are "TimeFlyz","Rezzurection Qwuest","All Seeing eye", "Rhyme flow 4 sho","Sip da Yak","Scratchoglyphix"

From 2006-2009 Franco stepped away From the music scene when his producer DJ Doobie nemanja Indjic return to his home country Serbia. from the year 2006 to 2009 Franco began to study deeper into world philosophy,history,and Spirituality. In the wake of the 9-11 attacks on the World Trade Centre, and following the loss of two of his good friends Jamie McWilliams, and Chris Aucoin. In 2010 Franco releases his "off house arrest debut" Lyrical Graffiti with Organic Sounds Producer Carl Cress re-mastering his self titled debut album *Franco B added to the line up of the album were remastered tracks from Organic sounds, features from Calgary artist Chain Reaction Hustle Good Records, Bigz of Straight Goods Entertainment, La Bella Mafiosa Ebony Stoeffels, and a visiting Columbia Bogota resident Jah Man Livity Original vendetta, Vagancia Records. notable tracks from the Lyrical Graffiti Album "My City", "fu*k Tonight,"Rock My Rap","World on Fire", aswell as remastered tracks ft DJ Doobie. In 2010 Francos fromer Youth worker from Nekinan group home approached him about a Hip Hop work Shop for youth called "Arts in Action Against Violence" with Pathways community, and Resources Centre. The aftermath of which would liason him with various community resources agencies Antyx Youth Worx,Roper Hull Homes, Boys and Girls Club, and Aspen Community Resources and Network Society. Franco says “helping the youth express themselves and build confidence and communication skills Nothing can top that”

In 2010 Franco BZ helps to establish LJR in the Calgary Rap scene bringing his time, resources, and talent to the table ,working along side Joel Kokoram, and Vincent Wong. In the summer of 2010 Columbia Bogota Artist JahManLivity, would meet Franco at Aboriginal Awareness week. Nicolas Serrano, and Franco Baccari would form a friendship, make music, and perform shows together, And in 2010 they would established the Columbian/Canadian Rap group/Dynasty Original Vendetta Cartel (O.V.C). In 2011 Franco BZ resigns along with the entire staff from independent label LJR due to mis-appropration of funds, & bad business etiquette. 2011 Franco BZ begins recording the New Order Resistance Album with AbRecords producer Tony Blaine the album is unreleased and discontinued
under the O.V.C banner Franco releases a few independent singles "Front to the Back" featuring JahManLivity and Bigz SGE, “Cartel Party”, “”Life of a Hustler” ft.New West Republic.”and other features ”Pressure fight” Jay Haslam Ab Records, “Fighter” Tenille. In 2012 to 2013 , Franco goes back School upgrading to enter the SAIT New Media Production program in the hopes to open up a school for underprivileged and at risk youth and to create his own Independent label. currently in the works for Franco BZ is his fourth solo independent album