Evie Wilder + Musician in Toronto, ON 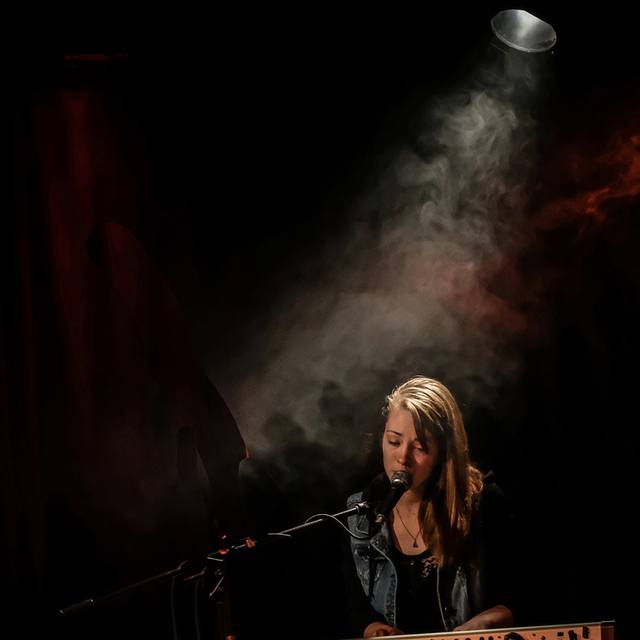 Evie Wilder is a 27-year-old Toronto based independent singer-songwriter. She uses her talents of prose and emotive singing to tell stories of her personal journey. Often her lyrics are dark, heartbreaking or promiscuous, and sometimes it's all of the above mixed together. Evie recognizes the truth in needing the lows to appreciate the highs, and by bringing it to the forefront of her music, she encourages her audience to embrace and appreciate them both. However, she promises not to leave you digging too deep into your soul for long. Between songs, her soft yet strong spirit beams off the stage as she tells the fine details of what inspired each number. Evie can also captivate you with her fond tales of love and inspiration, but occasionally, with a subtle melancholic twist.

Although she has been singing since she discovered her vocal chords, Evie has only been performing for two years around Toronto in venues such as The Smiling Buddha, Amsterdam Bicycle Club, Junction City Music Hall, and C'est What. She has pulled back her efforts for performing live in order to put the finishing touches on her upcoming debut EP, If You Want.

While her EP will showcase a multi-instrument sound, her live performances are typically stripped back to just her and a piano, creating an intimate feeling with the audience. She has been compared to Lana Del Rey, Sarah McLachlan, Adele, and Sara Bareilles.

In order to keep writing from her own experiences, she makes a mental note every day to try and live up to her own name... to live wilder.

What I've been doing lately: Facebook.com/SongbirdEvie