Deckonis O Pancreas or Aiden + Musician in Stittsville, ON 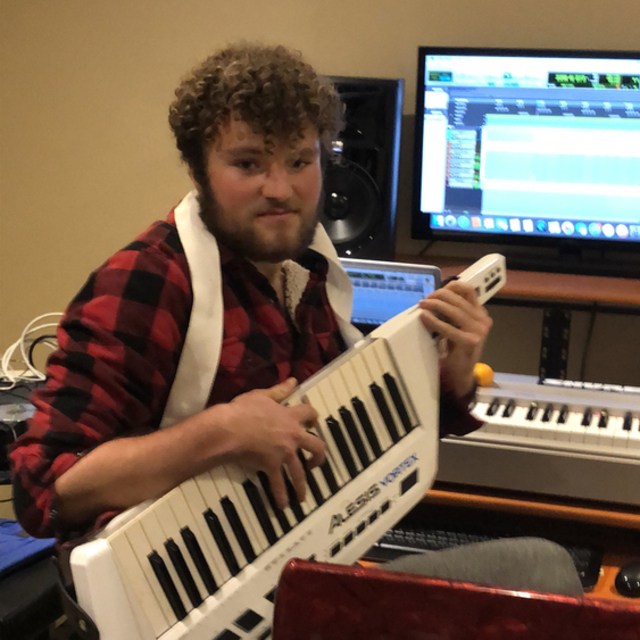 YOU CAN ONLY CONTACT PEOPLE IF BOTH PEOPLE HAVE PREMIUM ACCOUNTS, and it costs more than NETFLIX to do that so I'm not sure how commited I am to this site. aidenmoore@.ca is my main email. The site will make the email I just wrote appear as aidenmoore@.ca but pretend there's a hawtmail after the @ sign. I can't spell hawtmail the way it's supposed to be spelt because this website blocks it, but hopefully you know the correct spelling. So aidenmoore@hawtmail.ca , but with the right spelling.

I'm a 22 year old looking to play piano and keyboards for a band. Doesn't have to be a band, it can also be co producing with someone using Midi or recording with mics. I'm a creative thinker and I don't think there's many rules to how things need to be or sound, I think anythings creatable. I graduated Algonquin for Music Industry Arts a little back in 2017 and then went to school at Sheridan in 2018 for an after grad (for writing movie scores and music for stage) but it didn't work out for me at the time since my mind was all over the place. I had some years off but have a newer expression again and it's the time in my life where I'll try it all out.

My other stage name could be The Slow Laurus or Fergus, or Lanky Biv

I liked Avicii, TheFatRat, Deadmau5, Zedd. I like others too though, I just don't listen to music super often but I like many peoples music. I liked Micheal W. Smith and I like alot of other artists who have good expression and etc, like Mac Miller. Also like Supertramp, Electric Light Orchestra, Van Halen, MGMT.

Got a C414 condensor mic and an Sm58. Got a midi keyboard too with the drum pads on them and a keytar. Tascam interface (very simple), big monitors (from JBL, Black coloured), small audio technicas speakers. I have a Sub too thats quite large like a cube, got some mic XLR cables, a saxophone, Accordian, Mini grand, Guitar, Electric Guitar (I think), a tv that I'll use with HDMI chord, a simple guitar stand and mic stand and also another mic stand with a pop filter and one of those acoustic foam shields infront of it, and I wish I had my trombone because it'd be fun to record that.