DannFeltrin + Musician in Vancouver, BC 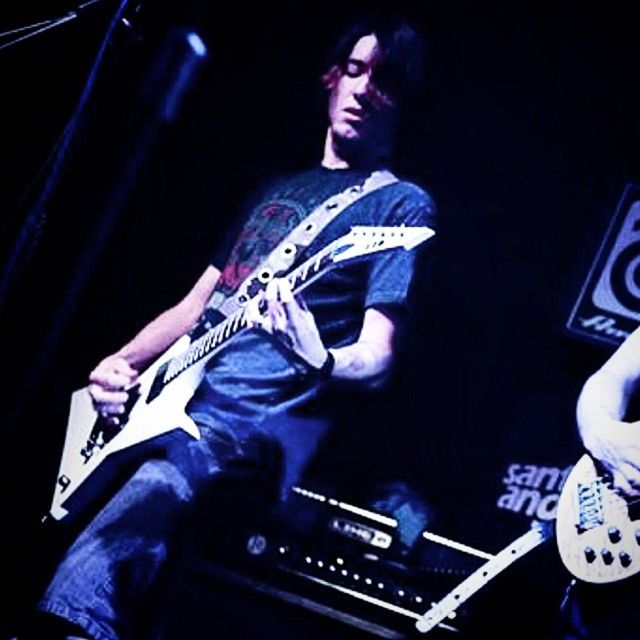 I'm Daniel, but you can call me Dann or Danny. I've been living in Vancouver since 2016, but I was born in Brazil and I've had all the musician experience you can imagine.
At the age 19, after hitting stages around cities from 3 different states since I was 14 years old, I started taking MPB/Jazz classes at the biggest music conservatory in Brazil - Conservatorio de Tatui - where I studied for 5 years. I have been always a very eclectic musician. My saying is that as long as the song is good, it doesn't matter the genre. However, I can definitely say that the bands that I have enjoyed the most were either rock or metal bands. The 2 biggest bands I have played with were Seven Sins (people used to say it was a mix of Underoath and Funeral For A Friend) back in 2005-2008 at the countryside of Sao Paulo State (Brazil), and Zaltana (from Sao Paulo city, Brazil), with which I recorded an album between studios in Sao Paulo (Brazil) and Amsterdam (Netherlands), with great reviews as a very original metal sound from all the great metal magazines and radios from all over the country! During that time, I was also producing and recording bands from Sao Paulo, and I had a good run as music producer for 4 years.
Since I moved to Canada (about 3 years ago) I was facing some challenges with adapting, getting a job, supporting my wife and I, all that struggle newcomers face here. I did enjoyed playing with some friends every now and then, and we played some gigs around Vancouver. Now I want something more! I'm ready to be back at full speed with a band, preferably writing originals, but I would not mind joining a cover/tribute bands as long as I like the bands we are paying tribute to.

I will not divide the bands in category, just list the bands I like to play all the time:
Foo Fighters, Audioslave, Bon Jovi, Skid Row, Alice in Chains, Killswitch Engage, As I Lay Dying, In Flames, 3 Days Grace, Shinedown, Bring Me The Horizon, Don Broco, Queen, Switchfoot, Pearl Jam, Alter Bridge, Whitesnake, Bullet For My Valentine, Rise Against, The Offspring, Kings of Leon, Toto, U2, Goo Goo Dolls, Lifehouse...well, I think you can see how diverse my taste is.

I have 2 electric guitars, all the effect pedals I love, my beloved Shure sm57 for backing vocals, but I only have rehearsal grade amp. Everywhere I've played had good amps that I could use, that's why I never bothered buying one. I'll buy one when the I need, though.