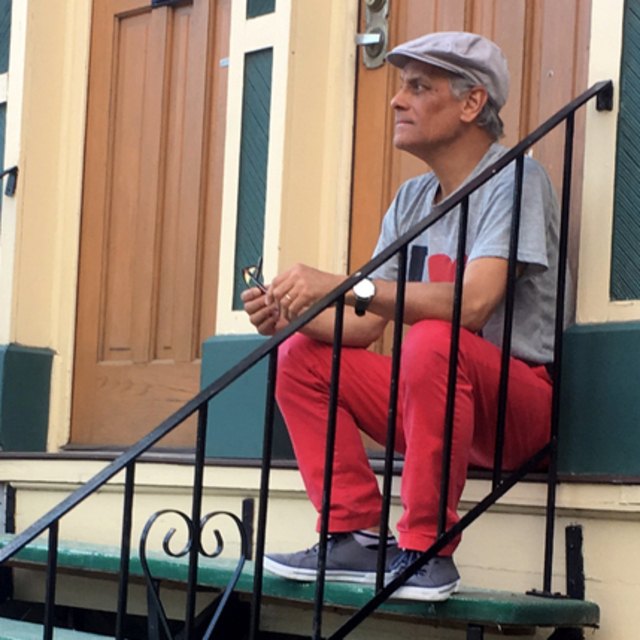 BIO:
Cristian Rosemary (born 12 May 1958 in Santiago de Chile) is a singer/songwriter and guitarist settled in Montreal, Canada, who composes in different styles. He has written around 250 songs during the last 40 years, and also written Spanish versions for songs “Eleanor Rigby” and “Julia” (The Beatles); “The Captain of her Heart” (Kurt Maloo/Felix Haug) & “I’ve got you under my Skin” (Cole Porter). Cristian Rosemary is a member of SOCAN, the Canadian society.

Cristian Rosemary’s musical activity began in 1980, when he was studying at the university. For ten years, he performed in different small but well-known stages, like Cafe del Cerro. A couple of his songs were broadcasted in Chilean radios. As a parallel musical activity, Cristian Rosemary worked as a journalist in music magazines like “Adagio” and “Bajo Cuerdas”, among others, by interviewing musicians Milton Nascimento, Gilberto Gil, Egberto Gismonti, Hermeto Pascoal, Luis Alberto Spinetta, Rubén Rada and Toquinho. His radio program Musiclaje - broadcasted on Radio Universidad de Chile between 1986 and 1992 - marked a modest but a recognized milestone in Chilean musical journalism.