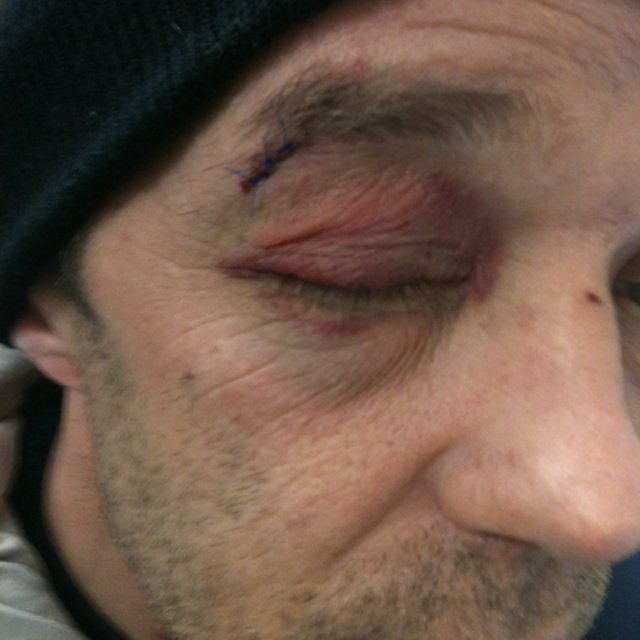 49year old bass player...currently in a band but the music is takin a turn to the south...i wanna play more modern rock and the band i'm in is turning into a wedding band...not for me..gordyb41@..is me.....all the gear in the pic my wife bought me lol shes such a sucker then she raised my kids from. Little. Boys to men then i left her 30.000 in debt and left her to take care of my sons while i went out to get drunk and do cocaine lol shes such a gullable bitch, I also hang out with Kevin Criece (Gerald), jam with him every now and again, but really I'm just there for the free beer, shhhhhh! I was in a band with bill Harris and he ended up going with Denis gignac's band and then he threatened to kick my teeth down my throat lmfao, gotta love band life!!!!!!!

Steve Harris.....THE MAN i know my main pic inst that good but it was one hulluva drunken night,lol,fell down my stairs in a drunken stooper and split me eye open. OUCH!!!!!! THAT HURT, AND JUST SO EVERYONE IS WELL AWARE SO THERE'S NO HARD FEELINGS, ill talk smack behind your back, then shake your hand and say "how's it going buddy" AND I CHANGE MY BANDS LIKE I CHANGE MY WOMEN, that's allot, I never could really settle!!!! JUST SO WERE CLEAR ON MY NEEDS AND WANTS BECAUSE YOUR OPINION DOESN'T MATTER!

I will be playing at Moes in Port Colborne with my band Stonewall. Canal days is going on that weekend and on that night the entertainment is Teenage Head, David Wilcox and Sass Jordan. After the mainstage closes be sure to check out Stonewall at Moes Taps and Wings.