CampX + Band in Toronto, ON 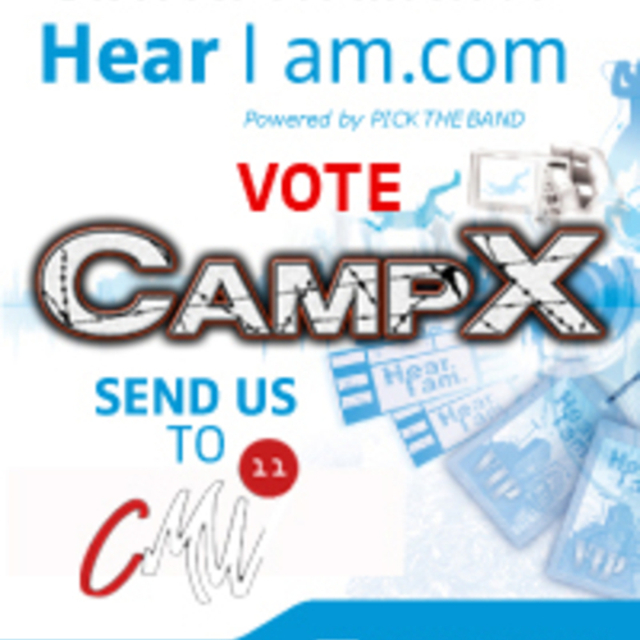 A fair assessment when you recognise that the band’s new album, All Quiet on the Northern Front, resonates with elements drawn from the history of rock-and-roll, to produce a sound that is both relevant, and timeless.

Reflecting on what they refer to as ‘the Old’, Camp X pays close attention to the finer details when they’re in the studio. Tweaking the subtle nuances of their guitar tones, amp settings, and drum sounds pays homage to the past masters (Led Zeppelin, Pink Floyd, the Who etc.) who, in their time, were innovators on the cusp of a new musical era. By invoking a similar approach in the studio as their 60s and 70s influences, Camp X has produced an album with the same integrity as recording artists of that time. Their results exhibit the truest of textures, and could only be derived from a purely hands-on approach in the studio. This grass-roots methodology should serve to placate any purists who cringe at the plastic tones so often churned out of today’s digital studios.

"There's nothing but real Gibsons, Fenders, and Marshalls on this record!" says guitarist Brent Hayes, stressing that fact.

‘The Middle’ refers to the dynamics, flare, and edge of the 80s and 90s when lyrical content, electronics (keyboards, drums and effects etc.), and instrumentation seemed to push the pre-conceived boundaries of accessibility. The band cites a variety of influences from that era including the Cure, Depeche Mode, New Order, the Cult, INXS, U2, Duran Duran -- even the Beastie Boys. While covering a lot of those bands in high school was what paved the long road for what would eventually become Camp X, they truly got their feet wet during the 90s. Recognising the success of the big boys of that era (Nirvana, Soundgarden, Pearl Jam, Rage Against the Machine, Alice in Chains, Oasis, etc.) is what drove Camp X to set the stage for themselves.

"Those bands were loud, in your face, and larger than life…and I dig that!” said bassist Aaron Okada.

‘The New’ represents the measures taken by the band to ensure that their final product would be germane in the eyes and ears of modern music enthusiasts. Simplicity, energy, fat bottom end, and passionate cutting vocals make this record incredibly accessible to a broad listening audience.

"What we wanted was to have a record that let all our influences bleed out in places, but still sounds like a band with a modern shine on the surface", said keyboardist Paul Carswell.

With producer MikeD (Voodoo Records) they got all that, and more. From its melodic hooks to the individual dynamics of each song, All Quiet on the Northern Front has the refreshingly ‘live’ feel lost on many of today’s big radio bands. Falling in lockstep with their ‘old meets middle meets new’ sensibility, Camp X delivers a comprehensive punch to the face of what ‘radio-friendly’ has come to represent.

Despite all of this, Camp X has always been about playing live. Gigging in and around Toronto since the early 2000's, they show no signs of stopping anytime soon. Keep your ear to the ground for show dates as they embark on the release and promotion of their first full-length album, All Quiet on the Northern Front.

Nothing but real Marshals, Fenders, Gibsons, Spectors, Ampegs and dDrums