Boss_Bragg + Musician in Barrie, ON 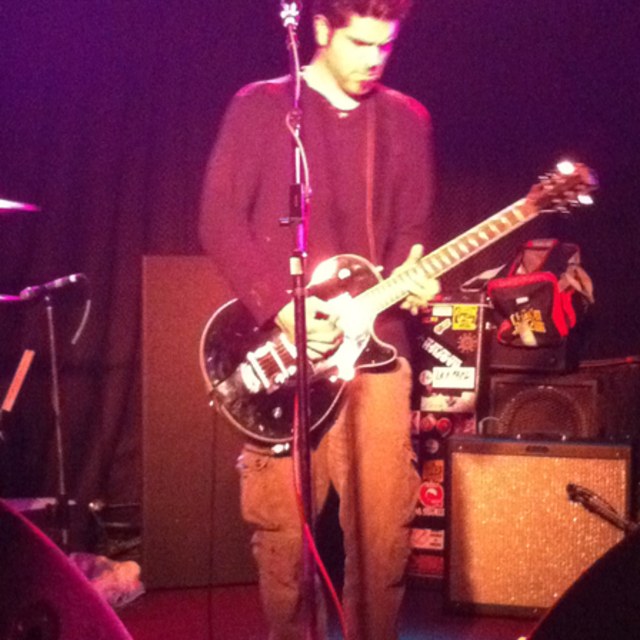 I'm a guitarist/singer/songwriter that has a pile of originals that I'm looking to work up with a band, and then record. If anything were to come of the band after that, that would be great too.

I'm looking for a rhythm section that can play their instruments with some authority, and who wants to be a part of an original project, playing funky/rocky/heavy/reggae/bluesy tunes that are danceable, but heavy enough to not be lame!

Mainly looking for a drummer and bassist to round out the band for the recordings. You don't have to have a ton of experience, just be able to play your instrument and cop a groove!

Also, I want to find players that can stay sober during jams and recording sessions. People that can't need not apply.

I'm into rock, funk, reggae, 50's/60's, rockabilly, acoustic psychadelia, alt country, instrumental sound scaping, and anything that's got a pulse and that's honest - what I'm not into is any prepacked b.s. that is trying to fit into some sort of template - just shoot me in the face!

As a guitar player, I love to play with alternate tunings, feedback, and I play kind of unconventionally. Of course all of the monster players have influenced me - Page/Hendrix/Gilmore, as well as Marc Ford, early Joe Walsh, early Santana, Bob Marley, James Brown, John Paul Jones, Brian Setzer, etc...

Gretsch Pro-Jet, Fender Thinline Tele, Epiphone 335 electric, all are tricked out hardcore and stay in tune even with the aggressive use of the Bigsby's. Fender Deluxe amp. Lots of pedals & fx. E-bow, leslie & an I-Made Cherry Blaster slide guitar. I have a bunch of acoustics too..

Seeing as my tube amp doesn't come alive until it's at least on 3 (nor does the guitar), - I play with a bit of volume - plus it's rock'n'roll! It has to be loud enough to feel it! So anyone afraid of a little volume need not reply.