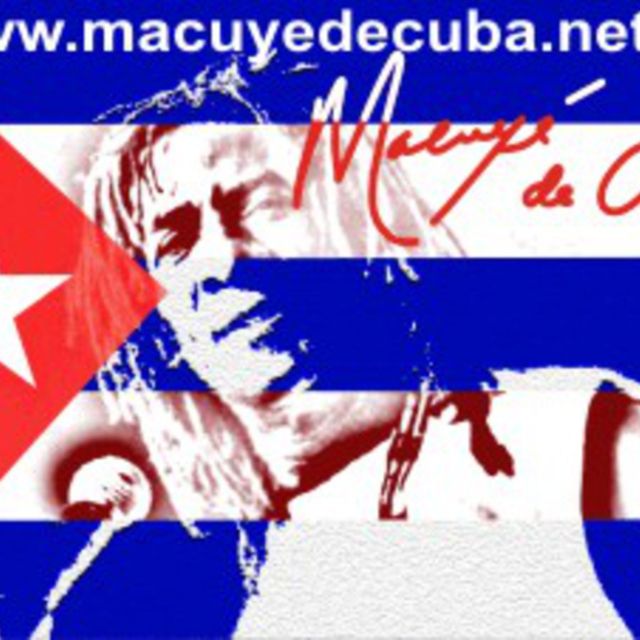 Born in Cienfuegos Cuba, blessing with great energy, sensibility and creativity, linked since childhood with great musicians such as Rafael Lay, director of the famous orchestra Aragon and Victor Lay, composer of famous melody â€œCienfuegos already has its gauguanco .

His musical career began at age 17 as a percussionist, in 1966, near the famous conga player Tata Güines, later he was transformed into a singer taking the opportunity to alternate with other leading Cuban musicians and singers as Octavio Cotán, Orlando Pena, Froilan Neneito, Elena Bourque, Moraima Secada, Dandy Gradfor.

In 1980, Macuye decides to travel to the United States as a refugee from Mariel Port.

His talent caught the attention of Tito Puente baptizing him with the name "the black boy of claves" and inviting him to sing in his band and accompany him in the tribute to Olmedo in Cesar's Latin Palace in San Francisco on March 13, 1982.

After that invitation he had the opportunity to sing at stages like The Caribbean Inn (Los Angeles), Copacabana Nigh Club (Miami), Forests Super Club (Miami). In addition, he studied Alternative Journalism in San Francisco community center college.

His distinguished career in Canada has led him to include other areas beyond music, becoming a famous journalist known for his activity in Latino newspapers in Montreal and for his television program "El Rincon"on Channel 24.

Also, he was a producer of shows like "The Brazil and Cuba show" (2006) and Brazil and Cuba Carnival, in the Saint Hubert street (annual sales, 2006), and he has been artistic director of international festivals such as: Cuban festival weekend du monde "in the Island of Notre Dame (Montreal 2009), Festivaslissimo (2004), Salvadorean Festival of Corn (1997).

For his successful career in Montreal, his name was inscribed in the Hall of Fame "Spectrum"in Montreal (see Olodum-Macuye), and he has won awards such as "Fifteen years of Salsa" given by Stephen Milton (2002), PARCLA Award Winner as "The Most Important Male Artist from Latin America in Montreal (1997), PARCLA Award Winner as" Excellent Promoter of Culture "for his TV show "EL RINCON" (1997), Winner of the Order SDSAL received from the Mayor of the City (Pierre Bourque), in Jarry Park (1996).

In addition the group "LOS VAN VAN"on behalf of the cuban people, paid tribute to his artistic work and for his efforts in promoting cuban music and culture in Montreal. 2006/Nov/6.

More than 650 shows and live performances, 45 years of experience as a singer of the Latin-Jazz, 47 years as a percussionist, 16 years as a multimedia journalist in radio, TV and press, 14 years Producing and Organizing cultural events, among many other cultural activities,

For all this and more, Macuye from Cuba is a living jewel of Latin culture in Canada and the whole world.