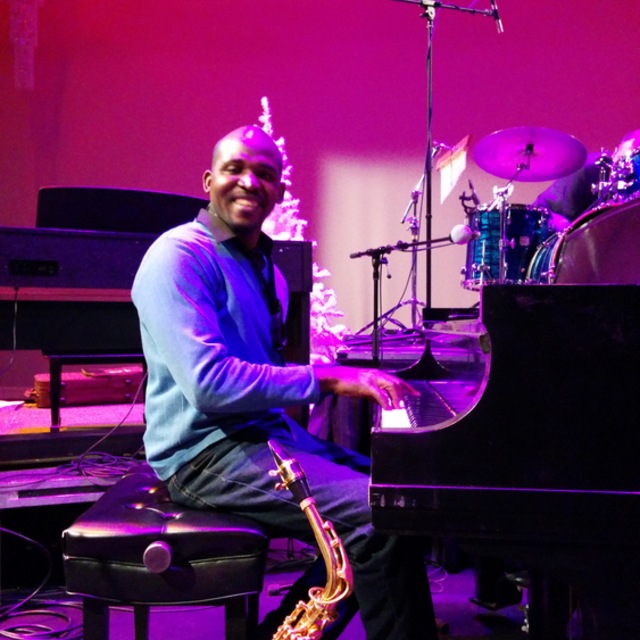 Gabriel Uduka Who likes to be referred to as Simply Gabriel is an anointed, dynamic & multi â€“ talented gospel music minister, Jazz musician, instrumentalist, song writer, vocalist, producer & music director. He has well over twenty years of experience in the music ministry & played his first instrument (Trumpet) at age 6 under the tutelage of his equally highly gifted father Mr. Dickson Ogburanwa Uduka who himself was a notable highlife & gospel musician, band leader, trumpeter, vocalist & percussionist.
The fourth child in a family of six, Simply Gabriel now married with two kids, is a graduate of music from the Delta State University Abraka, in Delta state Nigeria, with a second class upper honors. After his graduation, Simply Gabriel also proceeded to Nehemiah Bible Institute Okuokoko, Delta state & The International School Of Ministry (ISOM) Warri, Delta State Nigeria under Papa Ayo Oritsejaforâ€™s ministry; whom He also served as a music director, to obtain his certificate & diploma in Christian Education.
Over the years trained he has worked with & trained many individuals, various bands, choral groups as a band leader & music instructor & producer who believes in bringing out the best amongst Godâ€™s people via godly creativity. After well over 8 years of playing in the circular world, God commissioned him to take his music back into the church and reach out to the world from there with His word through gospel music ministrations thereby bringing healing, deliverance & salvation to many. This he does often as a saxophone minister & singer.
The founder & creative director of PRAIZE FACTORY PRODUCTIONS, Simply Gabriel who draws his inspirations mainly from the word of God, nature, the environment & people around him believes in writing simple easy to follow, scripturally sound songs that enables his audience to easily connect & remain enraptured Godâ€™s presence. He has well over three hundred gospel songs written by him & is still writing as inspired by the Holy Spirit. With a very strong Highlife, Reggae, Afrobeat & Jazz influence, .
A few of His sax works from the album Oyo Kporo (African Jazz Gospel series) can be found on his page under the name Gabysakx @ www.jazzmatrix.com/gabysakx